Bill Nyes says there is nothing in the ‘bible that informs modern science’ July 27, 2016 Dan Arel

In a new video for Big Think, science communicator Bill Nye answered a reader question about bridging the gap between science and religion. In his answer, he took a nice jab at creationist Ken Ham and made it very clear that there is nothing in the “bible that informs modern science.”

“You know a couple of years ago I debated a guy who insists that the Earth is 6,000 years old. That’s completely wrong. That’s obviously wrong. And the way we know it is wrong was a result of centuries of study,” Nye said, with the obvious reference to his debate with Ken Ham in 2014.

“So if you have a belief system that is incompatible with modern geology… the problem is for the person trying to argue the Earth is extraordinarily young, not for the people who have studied the world around us and understand it,” he continued.

He did mention he understands why people appreciate the community that church and religion give them, but went on to say that when it comes to science, that “there’s nothing there that I have seen in the Bible that informs modern science.” 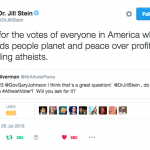 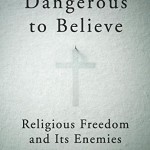 July 27, 2016 Down the Rabbit Hole (pt.2): of saints and sophistry
Recent Comments
0 | Leave a Comment
Browse Our Archives
get the latest from
Nonreligious
Sign up for our newsletter
POPULAR AT PATHEOS Nonreligious
1