Last week I reported on Five Star Septic, one of the two companies that refused to deliver porta-potties to the Ark Encounter protest last week. Their action promoted the Freedom From Religion Foundation to take action.

Arwood Waste & Demolition, with which Five Star Septic is a subcontractor, has officially apologized, according to FFRF.

“Sir, I do apologize for services having been refused to your organization by our affiliate company (Five Star Septic),” Michael Nancarrow, Arwood’s associate director of communications, emailed Jim Helton, the president of Tri-State Freethinkers. “I want you to know that this does not in any way reflect the values of Arwood Waste and, as such, certain measures will be taken to ensure that this kind of thing does not happen again. There will be no charges made to the MasterCard provided to Arwood Waste.”

Helton said he was assured that Arwood Waste & Demolition would no longer be contracting out work to Five Star Septic in the future.

Ironically, it was the fear of losing work that drove the company to refuse service, and in the end, their discrimination cost them.

While Portable Toilet Rentals has yet to comment, I am happy that Arwood Waste & Demolition has apologized. 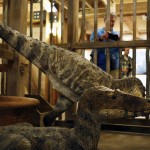 July 16, 2016
Bill Nye on the Ark Encounter: ' every single science exhibit is absolutely wrong'
Next Post 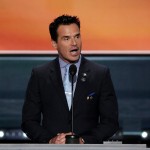 July 18, 2016 Soap opera star and RNC speaker says Obama is a Muslim from the Middle East
Recent Comments
0 | Leave a Comment
"Tom Hughes --- Gee, you're clearly quite intelligent. I bet you're in Mensa. The MAJORITY ..."
markinator Clarification on the now viral Wisconsin ..."
"Source in the Constitution?Again, you have not replied to my argument about any "except for" ..."
Alonzo Donald Trump vowed to destroy the ..."
"Tom, I gave explicit instances when getting ID and registering to vote might be difficult. ..."
Annerdr Clarification on the now viral Wisconsin ..."
"You do realise that the only person we've seen throw the word nazi around is ..."
TheMarsCydonia The Danthropology blog is moving on
Browse Our Archives
Follow Us!