Down the Rabbit Hole: reading a book on Christian persecution (pt.1)

A few weeks ago, I was browsing through the religion section of my local Barnes & Noble and I stumbled across the book It’s Dangerous to Believe: Religious freedom and its enemies by Mary Eberstadt. Normally I would ignore such works because of the obvious nonsense of its message. However, I decided to give reading it a shot. After all, the best way to understand a differing point of view than one’s own is to engage it, not ignore it. Only reading and engaging works that one agrees with is the surest way to create an echo-chamber around yourself.

I purchased this book with the intent of reading it as objectively as possible. My own biases are, I think, fairly obvious to anyone who is reading this blog or who knows me personally, so I won’t spell them out here. If the book has any valid points, I plan to acknowledge them, even if I don’t agree with them: I’m not just simply going to mock the book for the sake of mocking Christians and religion. This blog is part one in what will become a series of blogs as I work my way through the book. So on to part one: the introduction. 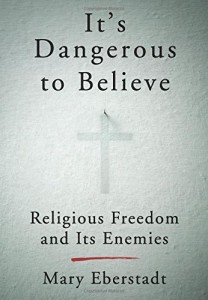 It must be said that, like any large demographic, Christians are eclectic and diverse in their opinions. Christians fall everywhere on the political, theological, and social spectrum. There is as marked a distinction between different groups of Christians as there is between any group of atheists. This distinction does not exist so far in Mrs. Eberstadt’s work.

Eberstadt fails to acknowledge in her work that she is discussing specifically conservative Christianity – though it is easy for one to deduce this for oneself. She uses the blanket term Christian to describe a supposedly persecutes and increasingly ostracized group with absolutely no regard for the fact that Christians can hold liberal, progressive ideas. All Christians are under attack, mostly by the gays and Obama.

One valid point that Eberstadt makes is that many (Conservative) Christians are feeling “culturally disenfranchised.” In my mind, this is, without-a-doubt, true. There is a history of Christianity losing its privileged status in the United States and well-known polls consistently show that younger people are leaving organized religion. Unfortunately, what actually amounts to more equal and fair treatment is misunderstood to be persecution. Reading this, I’m immediately reminded of angry white Trump voters who want to “make America white again” out of fear that they will lose their white privilege and be forced to acknowledge that they are, in fact, just as equal and important as all the scary black people and Latinos.

Unsurprisingly, It’s Dangerous to Believe is full of hyperbole and histrionics. The very first sentence asks the question, “where will be go?” and then launches into a short story about upper-middle class white Christians complaining that they won’t be able to shelter their children from the world around them: “How…could Catholic parents protect their sons and daughters from the toxic surges of today’s society – especially the rising bellicosity towards believers?” It’s also replete with standard Conservative Christian nonsense – like confusing being persecuted for a belief (you can believe whatever you want) with being told you cannot take a specific action (like persecuting other people). That’s all very bland, dull, and expected, so I won’t discuss it at any further length because we’ve all seen it before.

I honestly expect this sort of hyperbolic whining out of a book like this. What I didn’t expect (though perhaps I should have) was how this specific group of Christians is completely unconcerned with any other demographic or group. Take, for example, the brief discussion of religious persecution in the Middle East. Eberstadt writes, “what radical Islam has been doing to Christian in the Middle East and Africa – slaughtering and raping and crucifying and enslaving and driving people from their communities of two thousand years – has become an agony that their Western brothers and sisters have had to struggle to bring to public attention.” Notice the absolute disregard for the fact that most of the victims of radical Islamists are other Muslims. There is no concern for the plight of Palestinians under the apartheid state in Israel, or the wholesale slaughter of Yazidi men, women, and children. Now, I don’t mean any of this to downplay the atrocities committed against Christian communities by Islamic radicals. Are Christians being persecuted, murdered, and enslaved by Jihadists and Islamic radicals? Yes, but so is everyone else! The only group that radical Islamists are concerned with protecting are their own like-minded compatriots. Sound familiar?

This book is going to be tedious and infuriating, I’m positive of that: but I will forge ahead undaunted. Next week I continue down the rabbit hole with chapters 1 & 2. Pray for me. 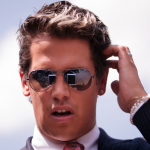 July 20, 2016
The liberal defense for Milo Yiannopoulos
Next Post 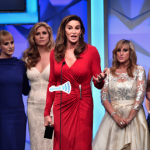