Ken Ham, as you may imagine, has no idea what the establishment clause of the U.S. Constitution actually is.

This, of course, is now more evident since he found out that the Freedom From Religion Foundation sent a notice to more than 1,300 school districts warning them against taking school field trips to the Ark Encounter, Ham’s Noah’s Ark theme park.

The FFRF letter clearly stated that:

“This is a precautionary memo to advise that public schools and public school staff may not constitutionally organize trips to Ham’s Ark Park, with its clear religious goal and portrayal of fiction as divine truth, or to the Creation Museum or any other religious venue.”

The letter was full of court cases that supported the group’s assertion that visiting the park was unconstitutional.

Ham, however, does not see it this way. He instead called the letter “bullying” and said Americans need to stand against this kind of bullying.

In fact, Ham has stated clearly that this park is a ministry. By doing so, he has made it clear that these schools cannot visit the Ark Encounter.

He sees the park’s mission as spreading the gospel, so there is no difference between taking a field trip to the ark than there is taking one to a local church.

So no, Ken, no one is being bullied except for those being threatened by you for simply obeying the law. 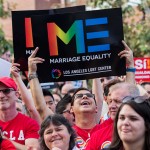 July 12, 2016
The First Amendment Defense Act is nothing more than legalized LGBTQ discrimination
Next Post 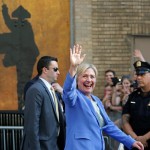 July 13, 2016 Religious "nones" are not as excited about Clinton as they were about Obama
Recent Comments
0 | Leave a Comment
Browse Our Archives
Follow Us!