Leaked emails show DNC was going to ‘out’ Sanders as an atheist to ruin his chances of winning the nomination July 22, 2016 Dan Arel

In an email written by Chief Financial Officer Brad Marshall and leaked by the DNC hacker Guccifer 2.0 to WikiLeaks, it appears the DNC was ready to try and out Bernie Sanders, a Jewish presidential candidate, as an atheist in the hopes of forcing him to lose primaries in Kentucky and West Virginia.

While the emails, sent before the afformentioned primaries, don’t name Sanders personally, they do talk about a man of “Jewish heritage” that Marshall said he believed was an atheist.

“It might may no difference, but for KY and WVA can we get someone to ask his belief. Does he believe in a God. He had skated on saying he has a Jewish heritage. I think I read he is an atheist. This could make several points difference with my peeps. My Southern Baptist peeps would draw a big difference between a Jew and an atheist,” the email reads.

While Sanders has said time and again he isn’t religious, he has never said he is an atheist. Many do believe he is, but for obvious political reasons in this country would feel that if he is, it would be damaging to say so.

Obviously, the DNC knows this and to out him publicly could do a lot to damage the successful campaign he was running against Clinton at the time.

Since that time, Sanders has officially endorsed Hillary Clinton, though, he has not officially dropped out of the campaign. 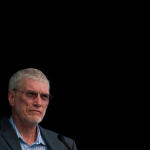 July 22, 2016
Why Ken Ham is the big bad ogre and why he doesn't deserve respect
Next Post 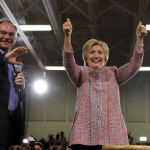 July 23, 2016 Tim Kaine's stance on abortion, vaccines, GMOs, and sex-education are not progressive
Recent Comments
0 | Leave a Comment
"Tom Hughes --- Gee, you're clearly quite intelligent. I bet you're in Mensa. The MAJORITY ..."
markinator Clarification on the now viral Wisconsin ..."
"Source in the Constitution?Again, you have not replied to my argument about any "except for" ..."
Alonzo Donald Trump vowed to destroy the ..."
"Tom, I gave explicit instances when getting ID and registering to vote might be difficult. ..."
Annerdr Clarification on the now viral Wisconsin ..."
"You do realise that the only person we've seen throw the word nazi around is ..."
TheMarsCydonia The Danthropology blog is moving on
Browse Our Archives
get the latest from
Nonreligious
Sign up for our newsletter
POPULAR AT PATHEOS Nonreligious
1