Washington Post recently published an article about the common shared experiences of people who have gone through NDEs, or Near Death Experiences. What is most telling about these is not what is made real about the afterlife, but instead what our brain is experiencing as it is switching back on.

OF importance to note is that NDEs are rare. In a 2001 study, only 4% of the German population had experienced what is identified as an NDE. Of heart attack victims, that number rises anywhere from 10-20%. And, as Dr. Victor Stenger has pointed out in his 2012 book God and the Folly of Faith, there are several shared characteristics between NDEs of the west and the east. All that changes is the minutia of the name of the deity, perhaps the identified family members seen, and what the individual experiencing the situation calls the afterlife.

Now in the article in question, there is an overwhelming recounting of feeling “peace” and “love”. Though there is one statement I take offense to:

I know that love is all there is and that God loves all of His children deeply and equally. There are no stepchildren in the family of God. We are all divine.

As a stepparent, this is offensive as it assumes that a stepchild does, or should, receive less love than biological children. May I remind the reader that Jesus (according to Christian theology) was the stepchild of someone. And plus, this is bogus and plays off of hurtful stereotypes we see displayed in old Disney movies. If you are still treating your stepchildren as anything less than your own, it’s probably a good time to question how you’re doing as a parent.

That issue aside, these experiences (and multiple other factors of NDEs) are all, or mostly, a product of brain chemistry.

In 1996, Karl Jansen had a paper published in Wissenschaft und Bildung issue 4 (pg. 55-81) that the animal anesthetic ketamine could produce all the same experiences had in a NDE. He writes,

mounting evidence suggests that the reproduction/induction of NDE’s by ketamine is not simply an interesting coincidence… ketamine administered by intravenous injection, in appropriate dosage, is capable of reproducing all of the features of the NDE which have been commonly described in the most cited works in this field.

Other aspects of the NDE, like Out of Body Experiences (OBEs), the pleasurable sensations as listed above, euphoria, tunnel vision and bright lights can all be experienced by GLOC, or G-Force Loss of Consciousness. Every watch a video of pilots using a simulator? When they pass out? That’s GLOC. And part of what they experience happens due to a loss of blood pressure behind, or in, the eyes. It can actually be stopped by simply putting goggles over the pilots’ eyes.

Why does this happen? Some experts, like Terry Hines, say it is due to anoxia, brain damage due to a lack of oxygen to the brain, or even drugs (Pseudoscience and the Paranormal, Prometheus Books, 2003, pg. 101-104). More importantly, in studies involving lab rats, there has been a reported surge in brain activity as the body is dying. This is likely due to the brain attempting to use up whatever oxygen is remaining to stay active and undamaged while the rest of the body shuts down.

What is more telling about the Washington Post article is that these are all accounts that people had already experienced. In other words, putting aside the issue of using personal experience as the only criteria for the article (and book that the article is out to publicize), the information was collected from the individuals having experienced the NDE significantly after the fact.

So why is that a problem? Well, because memory is unreliable. Our memories are not picture perfect documents we store away immediately after they happen. Nor are they in any such quality when we recall them. Since the introduction of forensic investigations in crimes, hundreds of cases, even death row punishments, have been overturned because they relied on eye witness testimony. What is even more telling is that some 24% of confessions and testimonies have proven to be false.

So while there may be some points of truth to the feelings that these individuals experienced, the evidence that they “experienced God” or went to a supernatural realm and met deceased family members is completely lacking. Of course, a supernatural deity and realm is lacking in evidence on its own.

For more on this, check out After Life: Solving Science and Religion’s Great Disagreement available now through Ockham Publishing.

June 30, 2016
Let's all enter the Ark Encounter giveaway and stop a family from subjecting their kids to nonsense
Next Post 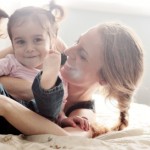 July 1, 2016 A secular parent's promise
Recent Comments
0 | Leave a Comment
"Tom Hughes --- Gee, you're clearly quite intelligent. I bet you're in Mensa. The MAJORITY ..."
markinator Clarification on the now viral Wisconsin ..."
"Source in the Constitution?Again, you have not replied to my argument about any "except for" ..."
Alonzo Donald Trump vowed to destroy the ..."
"Tom, I gave explicit instances when getting ID and registering to vote might be difficult. ..."
Annerdr Clarification on the now viral Wisconsin ..."
"You do realise that the only person we've seen throw the word nazi around is ..."
TheMarsCydonia The Danthropology blog is moving on
Browse Our Archives
get the latest from
Nonreligious
Sign up for our newsletter
POPULAR AT PATHEOS Nonreligious
1