However, Donald Trump is far worse, and I barely have to go into detail to explain why. He is everything I have mentioned above, but also racist, xenophobic, and downright fascist.

He cannot be our next president.

So how do we stop him, while at the same time not throw up all over the floor while thinking about supporting her?

Sadly, the only good answer I can some up with after talking to countless people, and spending long hours thinking about what we can do, is: strategically.

I have special privilege when voting, and I don’t mean the fact that I am a straight, white, cis-male. I mean that I live in California. I live in a dark blue state. I can afford to vote third-party and not hurt the liberals in the Democratic Party. Why? Because I am not a Democratic voter. I am not a “lost vote.” They never had my vote, and with that, Clinton still has a sizable lead here.

My advice to someone in a swing state, however, is that they may need to hold their nose and fill in a circle next to Hillary Clinton’s name. Live in a dark blue state and vote third party? Keep doing it. Live in a dark red state and vote third party? Keep doing it. The Democrats and Republicans control certain states without the need of independent or third parties, however, swing states don’t have this luxury and these states are the ones that will decide this election.

I, of course, won’t say they must do this. It is, after all, their vote. I want them to do what they think is right.

We want viable third-parties in this country. We want to topple the two-party system that currently controls us.  To do that, we need to get these parties 10% of the national vote. However, I think we need to do that without handing control over to the Republican Party, especially Donald Trump.

We can do both.

We can watch the polls in our states. We can look at margin of error and make smart voting choices based on that.

We can support more viable third party candidates in local and state elections as well. We can start grassroots movements from the bottom up. Because, like economics, we don’t trickle down, we rise up. We can overturn our system, but we have to unite the masses.

We also have to think about political activism and how we can be most effective.

Under Trump, can we be effective fighting LGBTQ discrimination and women’s rights when we are constantly battling to keep Muslims out of internment camps? Or trying to stop him from bombing every country while we fight to make sure we even have a minimum wage left to fight for?

Under Clinton, even if insincere, we know we won’t have to battle federal government regulations against the LGBTQ community in the way we would against Trump and we can campaign against Clinton’s hawkishness, and fight for universal healthcare without the distractions of a racist tyrant.

Clinton is far from ideal, but what makes her horrible is far less than what makes Trump horrible. From an activist perspective, she is easier to fight against and easier to stop because the majority of the left is on our side. They don’t want war, they want healthcare, they want free tuition for state colleges. Sanders showed us we can make a difference, but will we be able to do that under Trump?

So, look at your state. Are you a swing state? If so, think long and hard about your vote. If not, do the same, and think about where your vote can do the most good, not only for yourself, but for your fellow Americans, and for the people around the world.

I will have to do the same. If Califonia starts to lighten in its shade of blue, I will be faced with a tough choice.

We are faced with terrible choices in November and we are electing one of two evil candidates. The real choice now is, which evil can we fight and win and which evil will destroy us all? 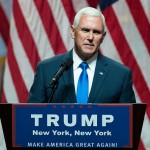 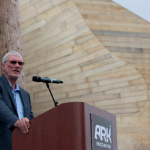 July 19, 2016 Ken Ham tries to get cool with the kids and suggest they play Pokemon Go at the Creation Museum
Recent Comments
0 | Leave a Comment
"Tom Hughes --- Gee, you're clearly quite intelligent. I bet you're in Mensa. The MAJORITY ..."
markinator Clarification on the now viral Wisconsin ..."
"Source in the Constitution?Again, you have not replied to my argument about any "except for" ..."
Alonzo Donald Trump vowed to destroy the ..."
"Tom, I gave explicit instances when getting ID and registering to vote might be difficult. ..."
Annerdr Clarification on the now viral Wisconsin ..."
"You do realise that the only person we've seen throw the word nazi around is ..."
TheMarsCydonia The Danthropology blog is moving on
Browse Our Archives
get the latest from
Nonreligious
Sign up for our newsletter
POPULAR AT PATHEOS Nonreligious
1

The Ongoing Catholic Scandal: What the...
Roll to Disbelieve
Related posts from Danthropology