What is this bill?

It is a bill that will give special rights to those who claim to hold a “religious belief or moral conviction that marriage is or should be recognized as the union of one man and one woman, or that sexual relations are properly reserved to such a marriage.”

What that means in the simplest way possible is that the bill will allow individuals, businesses, health care providers and taxpayer-funded social service providers to ignore laws that conflict with those religious beliefs.

Meaning, if you are against same-sex marriage you can not offer services to those couples.

Against the entire idea of LGBTQ individuals? Go ahead and tell them they can’t do business with you.

If you can claim you have religious beliefs that conflict with someone else’s life, you can discriminate against them, legally.

The bill, while specifically targeting the LGBTQ community does have even larger implications.

Rev. Barry Lynn of Americans United for the Separation of Church and State writes of the bill:

The FADA greenlights discrimination against many of our friends, family and neighbors. The list of those who could face harm is long: unmarried couples, couples in which one person has been married before, single mothers and anyone who has sex outside of marriage. We all know, however, that the real target of the law is same-sex couples.

Where does this stop? Where does religious privilege in this country get curbed if we pass laws that allow them carte-blanche discrimination against anyone they choose? 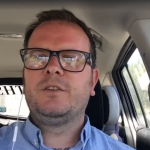 July 11, 2016
A video Q&A about the Ark Encounter protest and more
Next Post 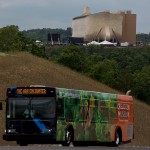