Trump’s running mate Mike Pence does not believe in evolution

Pence, famously known for leading Indiana’s LGBTQ discrimination charge and speaking out against Planned Parenthood and a woman’s right to choose, also doesn’t seem to believe in evolution. Go figure.

When visiting MSNBC in 2009, Hardball host Chris Matthews asked Pence about science education, and more specifically, his belief in evolution.

MATTHEWS: Okay, you want to educate the American people about science and its relevance today. Do you believe in evolution, sir?

PENCE: Do I believe in evolution? I embrace the view that God created the heavens and the earth, the seas and all that’s in them.

MATTHEWS: Right. But do you believe in evolution as the way he did it?

PENCE: The means, Chris, that he used to do that, I can’t say. But I do believe in that fundamental truth.

Now that is some political doublespeak. Talk about avoiding giving a solid answer when a simple yes or no would have sufficed.

Of course, he doesn’t believe in evolution. It’s hard to find a Republican who does.

Yet, we honestly have no idea what Donald Trump thinks about the biological science, we now know he chose a running mate who is just as anti-science as we could have assumed. 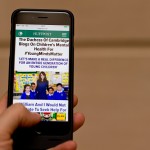 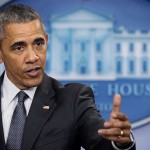 July 15, 2016 Obama calls Gingrich's anti-muslim comments 'repugnant'
Recent Comments
0 | Leave a Comment
"Tom Hughes --- Gee, you're clearly quite intelligent. I bet you're in Mensa. The MAJORITY ..."
markinator Clarification on the now viral Wisconsin ..."
"Source in the Constitution?Again, you have not replied to my argument about any "except for" ..."
Alonzo Donald Trump vowed to destroy the ..."
"Tom, I gave explicit instances when getting ID and registering to vote might be difficult. ..."
Annerdr Clarification on the now viral Wisconsin ..."
"You do realise that the only person we've seen throw the word nazi around is ..."
TheMarsCydonia The Danthropology blog is moving on
Browse Our Archives
get the latest from
Nonreligious
Sign up for our newsletter
POPULAR AT PATHEOS Nonreligious
1