At least 60 dead as truck slams into crowd in Nice, France; driver dead

At least 60 people are reported dead and more than 100 injured after a truck plowed into a crowd celebrating Bastille Day in Nice, France.

According to the BBC, one eyewitness told BFM TV: “Everyone was calling run, run, run there’s an attack run, run, run. We heard some shots. We thought they were fireworks because it’s the 14th of July.

“There was great panic. We were running too because we didn’t want to stick around and we went into a hotel to get to safety. ”

Others reported that the driver continued to accelerate as they hit bodies.

The driver, according to authorities, was shot and killed on the scene and an investigation has been launched to find out if he was acting alone.

Police said that guns, ammo, explosives, and grenades were found in the truck.

More details about the driver and his motives are unknown at this time.

Details are still incoming and reports are mixed and I will continue to update as official news becomes available. 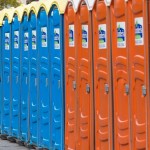 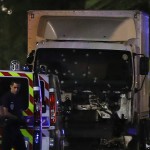 July 14, 2016 Terror strikes in France leaving more than 80 dead and dozens wounded
Recent Comments
0 | Leave a Comment
"Tom Hughes --- Gee, you're clearly quite intelligent. I bet you're in Mensa. The MAJORITY ..."
markinator Clarification on the now viral Wisconsin ..."
"Source in the Constitution?Again, you have not replied to my argument about any "except for" ..."
Alonzo Donald Trump vowed to destroy the ..."
"Tom, I gave explicit instances when getting ID and registering to vote might be difficult. ..."
Annerdr Clarification on the now viral Wisconsin ..."
"You do realise that the only person we've seen throw the word nazi around is ..."
TheMarsCydonia The Danthropology blog is moving on
Browse Our Archives
get the latest from
Nonreligious
Sign up for our newsletter
POPULAR AT PATHEOS Nonreligious
1 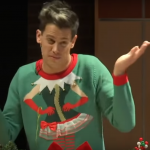