Patheos Explore the world's faith through different perspectives on religion and spirituality! Patheos has the views of the prevalent religions and spiritualities of the world.
https://www.youtube.com/watch?v=z7CXIcUOhe4

Everyone’s favorite science guy, Bill Nye paid a visit to CNN to discuss climate change and the flooding that devastated Louisiana this month. He was asked about the role climate change had on the floods.

“As the ocean gets warmer — which it is getting — it expands… molecules spread apart. And then as the sea surface is warmer, water evaporates. And so, it’s very reasonable that these storms are connected to these big effects,” he said.

As the interview drew to a close, Nye spoke up, almost apprehensively.

“And you know, here at CNN you have, essentially, a climate change denier meteorologist. Knock yourselves out, but this is a big problem and it’s not going to go away,” he said.

While Nye didn’t name the meteorologist, but it can be deduced that he meant Chad Myers.

In 2008, Myers said that “To think that we could affect weather all that much is pretty arrogant.”

Later, in 2010, on CNN, he said viewers should follow the money on climate change, saying the hoax is being pushed by meteorologists who are afraid of losing their jobs.

Cuomo avoided the topic with Nye, saying it was “another conversation for another day.” 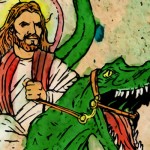 August 20, 2016
Setting Blake Giunta Straight on the Gospel of Luke
Next Post 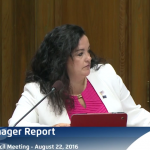 August 24, 2016 The Satanic Temple responds to Missouri Councilwoman calling them a 'hate group'
Recent Comments
0 | Leave a Comment
Browse Our Archives
Follow Us!