Setting Blake Giunta Straight on the Gospel of Luke

At the beginning of August, Atheist Community of Austin President Matt Dillahunty held a public debate with Blake Giunta, owner of apologetics site Belief Map. The debate was around whether or not Jesus of Nazareth rose from the dead after his crucifixion.

After there was an initial argument from both parties over the validity/problems with the claim, they had a rebuttal section, and then open questions from the audience. While there was plenty of time to rebut some of the claims on either end, there were a number of issues Giunta’s argument presented which were not addressed. I understand the need to point out how illogical a number of conclusions are, based on the scientific and historical methods, but there are issues with Giunta’s theology as well.

To start, Giunta frequently made reference to Luke being an unbiased historian, including having accurate documentation of following Paul of Tarsus around. Except scholarship, and a simple examination between Paul’s writing and Luke’s, demonstrates quite the contrary.

To start, in Acts 11 (Acts having been written by the author of Luke), Peter is alleged to have been proselytizing to the Gentiles. “So when Peter went up to Jerusalem, the circumcised believers [read: Jews] criticized him, saying ‘Why did you go to uncircumcised men and eat with them?’…And they praised God, saying, ‘Then God has given even to the Gentiles the repentance that leads to life.'” (Acts 11) Meanwhile, in Galatians, an authentic letter of Paul, it says “When [Peter] first arrived, he ate with the Gentile believers, who were not circumcised. But afterwards, when some friends of James came, Peter wouldn’t eat with the Gentiles anymore. He was afraid of criticism from these people who insisted on the necessity of circumcision. As a result, other Jewish believers followed Peter’s hypocrisy…” (2:11-13)

There is also the discrepancy of Paul being blinded on the road to Damascus (Acts 9:3-9) and simply receiving a vision of Jesus (1 Corinthians 15:3-8, Galatians 1:11-16). There is very little evidence to suggest that the author of Luke-Acts ever had contact with Paul, let alone accompanied him in his travels. Randel McCraw Helms writes, in his book Who Wrote the Gospels?, that it may have been Luke had found some type of written account from Paul, but it is unlikely they ever spoke with or saw one another.

Giunta also made claims that knowledge of political leaders, names of islands, and so on, somehow dictate that the author of Luke-Acts somehow knew Paul, which is questionable at best. Giunta never suggests how knowledge of that information, true or not, makes a definitive connection between the author and Paul. However, he also makes the point that Acts 2, the story of Pentecost, has roots in Jerusalem. Again, with no suggestion as to why this is relevant, it is hard to understand Giunta’s point. The only connection that this story may have had to Jerusalem was the idea that this narrative had implicit references to Genesis (2:2 calls back to creation at Genesis 1:2, and 2:6 is a reference to Genesis 11:1-9).

Giunta also emphasizes, several times, that Luke-Acts is dependent on previous material, so it must have a background in the historical record. Except we have plenty of documents, included in the Bible, reliant on earlier, external sources that are not historical or natural. Take, for example, the flood narrative. It is very dependent on other ancient Near Eastern myths, like the Enuma Elish epic from Mesopotamia. It is a myth story, with a number of common Near Eastern myth motifs, and it is anything but a historically accurate account. So, to argue that dependence on earlier material establishes historical reliability very much misses the mark.

These points, among several others Giunta makes, do not touch the resurrection story by any stretch of the imagination. I am of the opinion Giunta was more invested in establishing a sense of reliability with the texts in order to demonstrate, vicariously, that the resurrection account was accurate. However, this is like establishing evolution as fact and hoping that people then understand our cosmological origins. Both can be proven, just not by the same resources.

What it comes down to is, even with the points that Giunta makes that go unchallenged, he holds no information that demonstrates any conclusive evidence for a resurrection. Spiritual or otherwise.

For more on this, check out You Say That I Am: Jesus and the Messianic Problem from Dangerous Little Books. 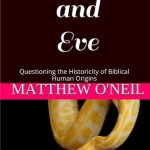 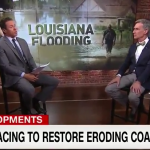 August 23, 2016 Bill Nye calls out CNN's climate change denying meteorologist on-air
Recent Comments
0 | Leave a Comment
Browse Our Archives
get the latest from
Nonreligious
Sign up for our newsletter
POPULAR AT PATHEOS Nonreligious
1