The radical left is in need of a scientific revolution

The radical left is in need of a scientific revolution August 4, 2016 Dan Arel

Pro-science leftists find themselves in a predicament this election cycle. When all cards are laid on the table, Hillary Clinton seemingly comes out ahead as the most pro-science candidate running. She is still, however, many other things that make her unworthy of this demographics vote, but the fact she is the most scientifically literate should be a red flag to the left. It needs to change.

Yes, Clinton supports fracking, which is well known to be horrible for the environment, and she supports nuclear energy, but even scientists agree that until we come up with a viable replacement, it is still more environmentally friendly than our other large-scale alternatives.

Enter Jill Stein, the presumptive Green Party candidate. A party that is basically formed around the scientific consensus that climate change is real and that those in denial are denying the solid scientific evidence.

Jill Stein has been getting hammered over the last week by progressives for her comments on vaccines. Some want to peg her as an anti-vaccines candidate for saying that vaccine safety has some questions remained to be answered, the truth is she also said she knows vaccines work. She did, though, pander to the anti-vaccine crowd by questioning their safety and discussing the “toxins” in those vaccines.

From the scientific community perspective, that is anti-science and dangerous pandering to a crowd of people who are helping bring back deadly childhood diseases.

Stein also stands firmly against genetically modified foods, claiming they can alter a person’s DNA, while not being able to offer any evidence to support such a claim. This again rings anti-science.

Yet, pro-science leftists want to vote, they want to make their voices heard and they don’t want that voice to be used to support a Democratic Party elitist who they fear will send the country into another war, fail to fight for the working class, and continue to push a for-profit healthcare system that continues to leave millions of the most vulnerable without insurance, or without insurance they can afford to actually use. They also have no interest in voting for a politician who they see using language that drives vaccine rates to decline, panders to pseudo-scientists, and pushes fear about the scientific community as a whole.

The left needs a political-science revolution. A pro-science socialist party that understands that in order to put people first, we must put science first along with them. A vocal, pro-vaccine stance will save millions of people’s lives, helping eradicate some of the world’s worst viruses. A pro-GMO stance will continue to develop healthier, more plentiful foods while being regulated by a scientific community.

This is because, under a socialist economy, GMOs and vaccines will have zero profit drive. Fears of Monsanto making a “frankenfood” are gone because the advancement in food science only exists for the benefit of mankind.

We should learn lessons from the Green Party and Stein. We can learn that fear and misinformation drive anti-science hysteria. We can create a scientific platform of transparency and a public education program that raises the number of scientifically literate adults.

The irrational fears of the CDC and some mythological vaccine industry will vanish because, again, medical researchers will be driven by results, as they are now, but their bosses will as well. Profit won’t be an issue, and people can rest at ease knowing that drugs are not being pushed on them with a profit motive.

People fear industries they don’t understand. It’s understandable, it’s hard to place trust in organizations who say they want to help you and then charge you thousands of dollars that you don’t have. People are left to think they are just price points to the medical industry. This is the result of greedy insurance companies, but often times, the scientific community gets the blame.

Once people see a removed profit-model, the fear baiting line “follow the money” becomes meaningless rhetoric and the scientific community can go back to business as usual, not worried about public opinions and spending less time debating scientific facts and more time in the lab.

When you’re a science advocate, you understand the CDC is good for the betterment and safety of humanity, but you also recognize it can be better and that by harnessing the best the medical and scientific world has to offer, without demanding results that turn into profit for shareholders, scientific advancements can flourish.

Under this type of scientifically literate socialist society, medical doctors and scientists would form the task groups and regulatory committees to ensure that medical practices and medical drugs going to market are safe and that regulations are in place to make the process as transparent as possible, helping ease the public’s worry.

When scientific literacy and advancements are being made, activists can be working on healing social ills and fighting social justice causes.

It seems counter-intuitive to the scientific left to be arguing about already sound, evidence-based scientific stances. It seems like fighting evolution versus creationism all over again. Scientific evidence tells us vaccines and GMOs are safe, yet these are topics still being debated.

So let’s move past the archaic beliefs that science is dangerous. We know science can be used for harm, the eugenics movement, and the atomic bomb have proven this, but those pale in comparison to the good that science does. Evil will exist everywhere, but should never overshadow the good. Science is always learning and improving, just like our society.

The left should be uniting now, more than ever, we saw a surge in leftist support during the Bernie Sanders campaign and saw an opening to discuss what socialism and the radical left can offer the country. We engaged millions and find they now feel they don’t have a home in the modern Democratic Party. Now is the time for all the leftists to come together, forming one strong coalition that brings with it a viable third party alternative that looks to totally dismantle the status quo and offer a real challenge to the business as usual politics we see in Washington.

This starts by welcoming those from the Democratic Party that feels they are currently in the only pro-science party this country has to offer. This isn’t a small, insignificant population and is the majority of this country’s scientists, medical doctors, researchers, university staff, and the like.

Let’s abolish the anti-scientific rhetoric that is plaguing the left and move forward, together. 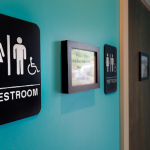 August 3, 2016
Supreme Court blocked a ruling allowing a transgender student to use the bathroom of their choice
Next Post 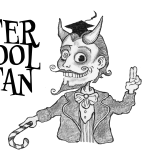 August 4, 2016 The Satanic Temple responds to claim that it has no right to after school clubs
Recent Comments
0 | Leave a Comment
Browse Our Archives
get the latest from
Nonreligious
Sign up for our newsletter
POPULAR AT PATHEOS Nonreligious
1