Phyllis Schlafly is dead and should be remembered as a horrible human being September 5, 2016 Dan Arel

They say we should never speak ill of the dead, but Phyllis Schlafly died Monday and we should all go to bed with a smile on our faces.

Schlafly was an anti-feminist conservative who played a leading role in blocking the Equal Rights Amendment in the 1970s. She also led the Republican Party further down the Religious Right rabbit hole.

A champion of traditional, stay-at-home roles for women, Mrs. Schlafly opposed the ERA because she believed it would open the door to same-sex marriage, abortion, the military draft for women, co-ed bathrooms and the end of labor laws that barred women from dangerous workplaces.

The brief Equal Rights Amendment (“Equality of rights under the law shall not be denied or abridged by the United States or by any state on account of sex”) was anti-family and anti-American, she said. Equality, she added, would be a step down for most women, who she said are “extremely well-treated” by society and laws.

She went on to form a national organization called the Eagle Forum, which Schlafly said was an alternative to women’s liberation.

More recently, the human trashcan endorsed Donald Trump for president, all but making sure her legacy was affirmed as one of an immoral, human piece of shit.

Good riddance, Phyllis Schlafly. The world is better with you gone. 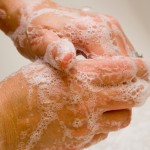 September 2, 2016
Say goodbye to the scam that is antibacterial soaps
Next Post 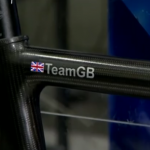 September 6, 2016 Ken Ham is really excited that a creationist designed a bicycle
Recent Comments
0 | Leave a Comment
Browse Our Archives
get the latest from
Nonreligious
Sign up for our newsletter
POPULAR AT PATHEOS Nonreligious
1