Fellow Patheos blogger and Tea Party organizer Mark Meckler is upset that the left is not outraged by suggestive Beyonce lyrics, but is up in arms over Donald Trump’s remarks about women and their bodies.

Mark, you need to learn this word today: consent.

Mark is upset that the left has not apologized for Beyonce’s own “sexual prowess and her choreographed moves [that] emphasize it.”

He finds the lyrics, “When he fucks me good I take his ass to Red Lobster.”

In contrast to Trump saying that he walks up to women, kisses them, and “grabs their pussy” without asking.

Beyonce is singing about her sex life, one she is in control of and is consensual between her and her partner. Not sexual assault.

The left, or no one for that matter, should apologize for a woman being sexually active. The culture that Mark is so afraid of is one of empowered women.

Mark goes on to shame other women for being sexually active and faults President Obama and Hillary Clinton along the way.

Clinton has supporters in Hollywood who have never shied away from exploiting sexual vulgarity to boost their own careers. Amy Schumer, for instance, has said, “I have used sex as a marketing tool and it has worked. I mean, my TV show is called Inside Amy Schumer.”

Again, Mark, check out the consent happening here. Amy, and the casting director (in a joke, who may not even exist), are having consensual adult sex. No one is grabbing women and forcing them to do anything.

What we have here, is a morally inept Tea Party member (aren’t they all?) who is trying to cover up Trump’s sexual abuse by blaming the left for being sexually open. Mark wants to shame those who openly enjoy sex and protect a sexual predator for whom more than 6 women have come forward with accusations of assault.

Sorry, Mark, but there is nothing to apologize for. But we will all wait for your apology for being a rape apologist. 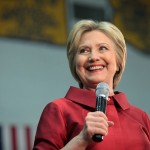 October 14, 2016 Donald Trump is a serial sexual predator
Recent Comments
0 | Leave a Comment
"Tom Hughes --- Gee, you're clearly quite intelligent. I bet you're in Mensa. The MAJORITY ..."
markinator Clarification on the now viral Wisconsin ..."
"Source in the Constitution?Again, you have not replied to my argument about any "except for" ..."
Alonzo Donald Trump vowed to destroy the ..."
"Tom, I gave explicit instances when getting ID and registering to vote might be difficult. ..."
Annerdr Clarification on the now viral Wisconsin ..."
"You do realise that the only person we've seen throw the word nazi around is ..."
TheMarsCydonia The Danthropology blog is moving on
Browse Our Archives
get the latest from
Nonreligious
Sign up for our newsletter
POPULAR AT PATHEOS Nonreligious
1