A small group of students walked out of an anthropology class at a Texas college, following the professor telling the students that all living people are descended from Africa.

It is reported that as they walked out, some remaining in the class started to shout “black lives matter.” Others that stayed said they were offended by the professor’s comment and began to argue with others in the class.

“My Professor just said all living ppl are descendants from Africa and ppl got up and walked out and now their arguing,” a student tweeted as students began walking out. 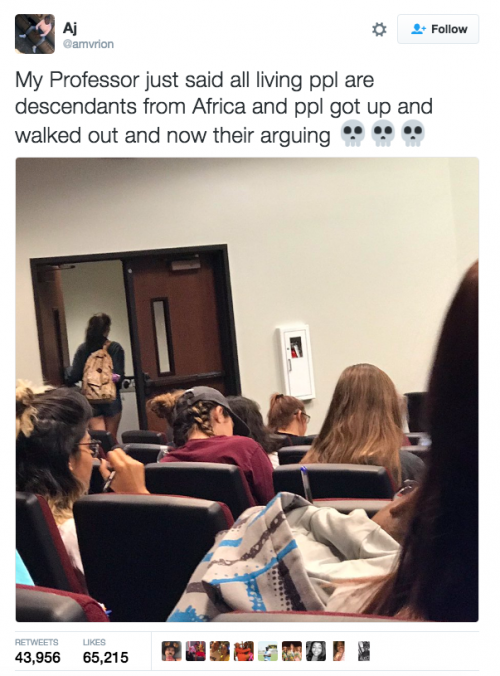 Professor R. Jon McGee is right, humans did evolve in Africa roughly 200,000 years ago. Meaning all humans are descended from people in Africa between 50,000 and 80,000 years ago. However, his comment didn’t sit right with what can only be assumed are creationists in his classroom. Instead of educating themselves, they chose the most popular route, shoving their fingers in their ears and refusing to listen. They got up and left the class.

Justine Lundy, a student in the class said some of the students were immediately uncomfortable with the lesson. “It was dead silent,” Lundy said before one student retorted with a “sarcastic ‘sure.’”

When I was taking cultural anthropology in San Diego, I witnessed this twice. Once during a lesson on how different cultures view sex, and a second during a lesson that had to do with the evolution of language. A girl stood up, said it was from the Tower of Babel story of the bible and stormed out.

This is why America can’t have nice things. 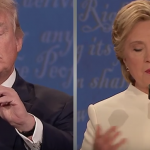 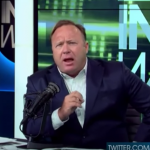 October 21, 2016 Alex Jones: If Trump loses one third of world will die in a world war
Recent Comments
0 | Leave a Comment
"Tom Hughes --- Gee, you're clearly quite intelligent. I bet you're in Mensa. The MAJORITY ..."
markinator Clarification on the now viral Wisconsin ..."
"Source in the Constitution?Again, you have not replied to my argument about any "except for" ..."
Alonzo Donald Trump vowed to destroy the ..."
"Tom, I gave explicit instances when getting ID and registering to vote might be difficult. ..."
Annerdr Clarification on the now viral Wisconsin ..."
"You do realise that the only person we've seen throw the word nazi around is ..."
TheMarsCydonia The Danthropology blog is moving on
Browse Our Archives
get the latest from
Nonreligious
Sign up for our newsletter
POPULAR AT PATHEOS Nonreligious
1