On Wednesday, one day after winning the 2016 Presidential Election, Donald Trump issued his plan of action for his first 100 days in the White House. Neoliberals and so-called left-liberals have tried to soften the blow of reality and claim that his proposals are not all bad, and in a congress that is about to be in full control of the Republican machine, politicians like Elizabeth Warren and Bernie Sanders have decided to offer an olive branch to the president-elect instead of offering opposition to the ruling party.

Here is the Trump plan in the White House and my analysis of what each point means.

* FIRST, propose a Constitutional Amendment to impose term limits on all members of Congress;

A shocking number of liberals are uniting behind this move. Yet, congress won’t pass it, and in reality, they shouldn’t. Term limits in congress only serve to empower lobbyists.

According to Vox, we have seen the consequences of such limits:

“Since 15 states do have term limits, we actually can know something about their effects. And the political science literature here is pretty unequivocal. Term limits are the surest way to weaken the legislative branch and empower the executive branch. Term limits are also a great way to empower special interests and lobbyists. Basically, what term limits do is shift power toward those who are there for the long haul.”

And a study in 2006 found that “Term limits weaken the legislative branch relative to the executive. Governors and the executive bureaucracy are reported to be more influential over legislative outcomes in states where term limits are on the books than where they are not.”

This is a meaningless plea to conservatives who want a smaller government by saying he won’t hire people, without offering what that means for essential positions in organizations not mentioned above. In the end, this likely hurts government programs.

* THIRD, a requirement that for every new federal regulation, two existing regulations must be eliminated;

So when he wants to regulate one agency, he can gut another? Awesome, let’s regulate the phone company and then remove two environmental regulations. How does that make sense?

* FOURTH, a 5 year-ban on White House and Congressional officials becoming lobbyists after they leave government service;

I see no problem with this. Too many today become lobbyists for the money and actually leave congress to do so.

* FIFTH, a lifetime ban on White House officials lobbying on behalf of a foreign government;

I am actually unsure about this one. I am not sure it actually changes much or helps the country in any way.

Foreign nationals already can’t donate to campaigns. A foreign lobbyist who is a US citizen or rising here legally can. They can also raise money like you and I, for campaigns of our choice. They cannot raise it from a foreign country. So I fail to see what this accomplishes. This is faux election form.

He also promised the take the following seven actions to “help” workers.

* FIRST, I will announce my intention to renegotiate NAFTA or withdraw from the deal under Article 2205

I will agree to this. NAFTA has been a bunk deal for our workers.

* SECOND, I will announce our withdrawal from the Trans-Pacific Partnership

Yes, I will agree to this too.

* THIRD, I will direct my Secretary of the Treasury to label China a currency manipulator

This is useless and only serves to antagonize China but won’t do anything.

* FOURTH, I will direct the Secretary of Commerce and U.S. Trade Representative to identify all foreign trading abuses that unfairly impact American workers and direct them to use every tool under American and international law to end those abuses immediately

This sounds good, but I don’t trust a Trump elected official to know what a good or bad deal for workers is. We also must be aware of workers overseas who are impacted by our trade deals.

* FIFTH, I will lift the restrictions on the production of $50 trillion dollars’ worth of job-producing American energy reserves, including shale, oil, natural gas and clean coal.

Trump is going to destroy our environment.

* SEVENTH, cancel billions in payments to U.N. climate change programs and use the money to fix America’s water and environmental infrastructure

See above again. He will single handily try to destroy this planet.

He also says he “will take the following five actions to restore security and the constitutional rule of law:”

This should read that he will cancel all the ones he doesn’t agree with. There is no constitutional question to Obama’s executive actions.

* SECOND, begin the process of selecting a replacement for Justice Scalia from one of the 20
judges on my list, who will uphold and defend the Constitution of the United States

This is the end of the America we know.

This is where the racist part of Trump’s plan comes into action. His xenophobia takes over.

* FOURTH, begin removing the more than 2 million criminal illegal immigrants from the country and cancel visas to foreign countries that won’t take them back

Read: “brown people who scare me.”

* FIFTH, suspend immigration from terror-prone regions where vetting cannot safely occur. All vetting of people coming into our country will be considered extreme vetting.

Yes, let’s suspend immigration from the places that need it most. Those in Syria trying to escape ISIS and Assad will die because of this.

He closes with the following plan with congress:

1. Middle Class Tax Relief And Simplification Act. An economic plan designed to grow the economy 4% per year and create at least 25 million new jobs through massive tax reduction and simplification, in combination with trade reform, regulatory relief, and lifting the restrictions on American energy. The largest tax reductions are for the middle class. A middle-class family with 2 children will get a 35% tax cut. The current number of brackets will be reduced from 7 to 3, and tax forms will likewise be greatly simplified. The business rate will be lowered from 35 to 15 percent, and the trillions of dollars of American corporate money overseas can now be brought back at a 10 percent rate.

This sounds great, except the new tax reducations will mostly benefit the wealthy, and the tax cuts he claims the middle class will get will be offset by the fact they will have to buy healthcare again from inflated markets, unregulated by the federal government. Welfare programs to feed families will also likely suffer. So that tax cut will still destroy the middle class when they can’t afford to see a doctor, or eat.

2. End The Offshoring Act. Establishes tariffs to discourage companies from laying off their workers in order to relocate in other countries and ship their products back to the U.S. tax-free.

Say goodbye to our oceans.

It’s revenue neutral, but will likely benefit companies that destroy the planet.

4. School Choice And Education Opportunity Act. Redirects education dollars to give parents the right to send their kid to the public, private, charter, magnet, religious or home school of their choice. Ends common core, brings education supervision to local communities. It expands vocational and technical education, and make 2 and 4-year college more affordable.

I have written so many times about why this is a terrible idea and will hurt school kids everywhere and only benefit the wealthy and the religious.

5. Repeal and Replace Obamacare Act. Fully repeals Obamacare and replaces it with Health Savings Accounts, the ability to purchase health insurance across state lines, and lets states manage Medicaid funds. Reforms will also include cutting the red tape at the FDA: there are over 4,000 drugs awaiting approval, and we especially want to speed the approval of life-saving medications.

Hope you can afford new inflated premiums because even though Obamacare isn’t cheap, it’s still cheaper than it ever was.

I actually agree with this but would need to see how he plans to implement and promote it.

7. End Illegal Immigration Act Fully-funds the construction of a wall on our southern border with the full understanding that the country Mexico will be reimbursing the United States for the full cost of such wall; establishes a 2-year mandatory minimum federal prison sentence for illegally re-entering the U.S. after a previous deportation, and a 5-year mandatory minimum for illegally re-entering for those with felony convictions, multiple misdemeanor convictions or two or more prior deportations; also reforms visa rules to enhance penalties for overstaying and to ensure open jobs are offered to American workers first.

This is basically the war on drugs on steroids. This will fill the prisons faster than three strikes. This is why the private prison stock skyrocketed.

9. Restoring National Security Act. Rebuilds our military by eliminating the defense sequester and expanding military investment; provides Veterans with the ability to receive public VA treatment or attend the private doctor of their choice; protects our vital infrastructure from cyber-attack; establishes new screening procedures for immigration to ensure those who are admitted to our country support our people and our values

This, in the end, will only increase military spending that we already can’t afford. I guess he will need it for the endless wars he plans to wage against anyone who is mean to him.

10. Clean up Corruption in Washington Act. Enacts new ethics reforms to Drain the Swamp and reduce the corrupting influence of special interests on our politics.

This is campaign fodder and is meaningless. Trump is an establishment candidate. He was been involved in politics since the 1980s and is part of this so-called “swamp.”

In the end, his three or four good ideas don’t outweigh the horror that awaits Americans for the next 4 years.

November 9, 2016
Ken Ham: Trump victory is proof God is in control
Next Post 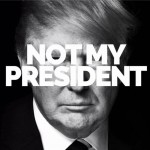 November 10, 2016 What does it mean to say that Donald Trump is 'Not My President'?
Recent Comments
0 | Leave a Comment
Browse Our Archives
get the latest from
Nonreligious
Sign up for our newsletter
POPULAR AT PATHEOS Nonreligious
1