In a tweet Sunday, minority President-Elect Donald Trump claimed that he not only won the Electoral College by a landslide but that he also won the popular vote by a landslide if you delete all the illegal votes for Hillary Clinton.

Just says after calling Jill Stein’s demand for a recount in Wisconsin, Pennsylvania, and Michigan a scam, Trump made the best case for a recount by delegitimizing his own victory.

His outburst on Twitter came shortly after Clinton’s campaign said they would join Stein in the call for a recount in those key states.

It should be noted that Trump’s claim that million of votes are illegal is not only without evidence, it is an outright lie. There is no ounce of truth to his claim. This is how dictatorships are started. When one side tries to call the electoral process illegitimate and refuses to accept the final results, even after winning.

Trump has tried to downplay the necessity for a recount, yet now seems to be arguing that there should likely be a nationwide recount and investigation into the election. Trump can’t seem to get his story straight.

While I should have little hope that the recount efforts will change the outcome of the election, the fact that Trump, who lost the popular vote by more than two million votes, now seems anxious about the possibility, gives me a little shimmer of what it likely false hope.

If he is so confident he won, why start lashing out? 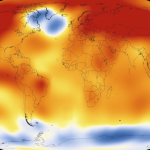 November 29, 2016 Ken Ham only likes science when it can be used to bully and harass the LGBTQ community
Recent Comments
0 | Leave a Comment
"Tom Hughes --- Gee, you're clearly quite intelligent. I bet you're in Mensa. The MAJORITY ..."
markinator Clarification on the now viral Wisconsin ..."
"Source in the Constitution?Again, you have not replied to my argument about any "except for" ..."
Alonzo Donald Trump vowed to destroy the ..."
"Tom, I gave explicit instances when getting ID and registering to vote might be difficult. ..."
Annerdr Clarification on the now viral Wisconsin ..."
"You do realise that the only person we've seen throw the word nazi around is ..."
TheMarsCydonia The Danthropology blog is moving on
Browse Our Archives
get the latest from
Nonreligious
Sign up for our newsletter
POPULAR AT PATHEOS Nonreligious
1