1 in 3 Trump supporters believe that vaccines cause autism

If you were not already terrified about what the next four years in the United States are going to look like, according to a new YouGov survey, one in three Donald Trump supporters believe that life-saving vaccines cause autism.

It doesn’t help that Trump himself believes this dangerous myth.

“I’ve seen people where they have a perfectly healthy child, and they go for the vaccinations, and a month later the child is no longer healthy,” Trump said on Fox News in 2012.

“It happened to somebody that worked for me recently. I mean, they had this beautiful child, not a problem in the world. And all of a sudden, they go in, they get this monster shot. You ever see the size of it? It’s like they’re pumping in — you know, it’s terrible, the amount. And they pump this into this little body. And then all of the sudden, the child is different a month later. And I strongly believe that’s it.”

When asked again in 2015, during the presidential primaries, Trump repeated the same story about someone who worked for him’s child getting autism from a vaccine.

“People that work for me, just the other day, two years old, beautiful child went to have the vaccine and came back and a week later, got a tremendous fever, got very, very sick, now is autistic,” he said.

Trump has even met with Andrew Wakefield personally, the man responsible for spreading the vaccines, autism lie. Wakefield’s findings have been fully discredited and he lost his license to practice medicine.

While one in three is dangerously high and accounted for 31 percent of Trump supporters, it’s worth noting liberals don’t get off so easy.

18 percent of Hillary Clinton supporters said that vaccines probably or definitely cause autism.

Basically, the survey proved that Americans are amazingly gullible and will believe almost anything. 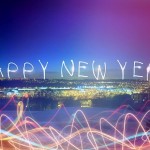 December 31, 2016
The best things about 2016 according to the Danthropology blog
Next Post

December 31, 2016 Donald Trump tweets that Americans are his 'enemies' and it's a badge I wear with honor
Recent Comments
0 | Leave a Comment
Browse Our Archives
get the latest from
Nonreligious
Sign up for our newsletter
POPULAR AT PATHEOS Nonreligious
1