Creationists claim new feathered dinosaur tail is a bird without even seeing it December 12, 2016 Dan Arel

Last week the science world was abuzz after a Chinese scientist, Lida Xing, published a paper on a fossil discovery. The discovery was a feathered tail solidified in amber, and Xing confirmed that it was, in fact, a dinosaur tail. Finally giving definitive proof that dinosaurs had feathers.

The feathered tail specimen known as DIP-V-15103 was discovered in a Chinese market and was studied by Xing for more than a year in his lab. His findings revealed that the tail was that of a 99-million-year-old feathered theropod (bipedal) dinosaur.

Ken Ham’s Answers in Genesis was not going to stand for that, though.

They enlisted the help of “doctor” David Menton to set the creationist version of the record straight.

“Although no living birds have a long bony tail with vertebrae, some extinct birds in the fossil record, such as Archaeopteryx, had such a tail,” wrote Menton.

Menton is 100 percent wrong in this assessment, however. Archaeopteryx (a 150-million-year-old species believed to be one of the earliest bird species), like modern birds of today, had tails in which their vertebra are fused into a solid rod.

DIP-V-15103 does not have a solid rod for a tail. Instead, it has a whip-like tail that is capable of bending in multiple locations. This is evidence of walking species that would have used the tail for running and balance.

It’s worth noting here that Menton has never seen the fossil and is only relying on photos. His next claim is even evidence that he didn’t even bother to read the scientific paper at all.

He writes that “tail had a bilaterally paired series of posterodorsally oriented feathers as well as another row of feathers on each side of the tail, all evenly spaced along the entire length of the tail section. This arrangement formed two laterally directed keels of plumage on either side of the tail vertebrae. Overall, the left-right paired arrangement of feathers in linear rows is similar to the pterylae (feather tracts) and rectrices (tail feathers) in modern birds.”

Yet, like this previous claim, this couldn’t be further from the truth.

If Menton had bothered to read the paper, he would know this.

As summarized in Science Magazine:

The feather of the bird you see out your window today has a central shaft, or “rachis,” that branches out into a series of barbs that branch again into fine barbules. In the new specimen, the rachis is relatively thin and flexible compared with the thick, rigid central rachis of modern birds; however, the structure of barbules is complex, with fine tiers of branching as in modern feathers, distributed evenly across the length of the feathers.

The dinosaur was not capable of flight but it “it may have been a glider,” said paleontologist Ryan McKellar of the Royal Saskatchewan Museum in Regina, Canada.

So with not reading the paper or even seeing the fossil, what were Menton’s final findings?

How he came to this conclusion is beyond me. Other than wishful thinking and pure scientific ignorance.

To learn more about the amazing finding, check out this short video from CNET: 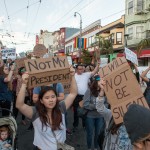 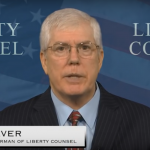 December 13, 2016 Liberty Counsel claims religious leaders will soon be beaten to death for celebrating Christmas
Recent Comments
0 | Leave a Comment
"Tom Hughes --- Gee, you're clearly quite intelligent. I bet you're in Mensa. The MAJORITY ..."
markinator Clarification on the now viral Wisconsin ..."
"Source in the Constitution?Again, you have not replied to my argument about any "except for" ..."
Alonzo Donald Trump vowed to destroy the ..."
"Tom, I gave explicit instances when getting ID and registering to vote might be difficult. ..."
Annerdr Clarification on the now viral Wisconsin ..."
"You do realise that the only person we've seen throw the word nazi around is ..."
TheMarsCydonia The Danthropology blog is moving on
Browse Our Archives
get the latest from
Nonreligious
Sign up for our newsletter
POPULAR AT PATHEOS Nonreligious
1