Ken Ham is once again breaking the law. Shocking, I know.

In a new ad campaign called “Think Bigger,” the Ark Encounter is touting the size of their structure and encouraging new visitors to the struggling park.

Part of the campaign, however, is a massive donation ask as the company seeks $3.5 million for “critical expansions are needed to accommodate the forecast of record visitors at the Ark Encounter and Creation Museum next year.”

The problem is, the Ark Encounter is a for-profit business and Answers in Genesis cannot accept tax-deductible donations that are used for the Ark.

This would be like UPS forming a nonprofit to help feed children and then using those donations to buy new delivery trucks.

The Freedom From Religion Foundation asked the IRS to investigate the park and called out the illegal practice. Nothing has yet to come of the letter.

So with no action from the IRS, Ham has no reason to stop the illegal practice.

I have reached out to both Americans United and FFRF about this new ad campaign and donation ask. Hopefully, we can make something of this. 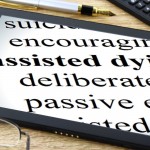 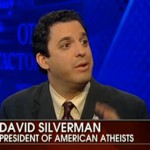