A new film, We Believe in Dinosaurs, is currently on the hunt for funds through an IndieGoGo account. The film takes a look at “America’s troubled, strange, confusing relationship with science,” according to the filmmakers.

The documentary explores not only America’s strange obsession with creationism but also takes an in-depth look at Ken Ham’s Ark Encounter, a project everyone on this blog is familiar with.

On one hand, the filmmakers, Clayton Brown and Monica Ross, looked at climate change. On the other hand, they had “The story of evolution denial and creation science is one that largely hasn’t been told,” Brown told the Kentucky Herald. “As we circulated through our various scientific networks, we found a lot of scientists don’t fully grasp the extent to which the American public resists evolution.”

The crew had access to the staff and premises of the Creation Museum, Ark Encounter, saying they forged great relationships with everyone. However, Ken Ham doesn’t seem pleased with the outcome of the project.

“The filmmakers’ recent public comments have revealed that they were not telling the truth when they insisted that AiG would be portrayed in a fair and accurate manner,” Ham said. “Therefore we don’t expect their finished film to feature the straightforward reporting on the Ark and Creation Museum that we were assured we would receive. It looks like their film will be more of a mock-umentary than a documentary.” 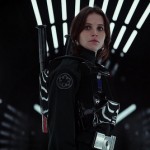 December 9, 2016 Ben Carson vows to ensure 'our spiritual infrastructure is solid' as HUD secretary
Recent Comments
0 | Leave a Comment
Browse Our Archives
get the latest from
Nonreligious
Sign up for our newsletter
POPULAR AT PATHEOS Nonreligious
1