Donald Trump’s pick for Secretary of Education, Betsy DeVos, would not agree with Democrats during her confirmation hearing this week saying that children may need guns in schools because of grizzly bears.

When asked directly about banning guns in schools, DeVos answered:

“I will refer back to Sen. [Mike] Enzi and the school he was talking about in Wyoming. I think probably there, I would imagine that there is probably a gun in the schools to protect from potential grizzlies.”

She was then asked if she would support Trump’s claim that he will end Gun Free Zones at public schools. “I will support what the president-elect does.” She continued, “If the question is around gun violence and the results of that, please know that my heart bleeds and is broken for those families that have lost any individual due to gun violence.”

When asked about the Individuals with Disabilities Education Act (IDEA), which requires public schools to provide free and appropriate education to all students with disabilities, a federally funded program, DeVos didn’t know what the program was.

She said first that states had a right to decide if they wanted to follow IDEA.

Sen. Maggie Hassan, a Democrat from New Hampshire, informed DeVos that IDEA was federally funded and asked if she still stood by her states-rights statement.

“Federal law must be followed where federal dollars are in play.” Hassan then asked, “So were you unaware when I just asked you about the IDEA that it was a federal law?” DeVos responded, “I may have confused it.”

Also, if you’re still not convinced she is a clueless hack who is actually trying to benefit financially from this role as someone who promotes charter schools and voucher programs, her exchange with Tim Kaine was amazing.

She would not agree with Kaine that voucher-funded or charter schools should be held to the same high standard of public schools.

We really need to cross our fingers and hope even the most insane Republicans in the Senate realize just how unqualified DeVos is and refuse to confirm her. 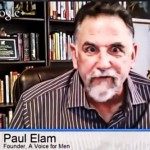 January 19, 2017 Danthropology Podcast: Combating Post-Truth Politics with Gleb Tsipursky
Recent Comments
0 | Leave a Comment
"Tom Hughes --- Gee, you're clearly quite intelligent. I bet you're in Mensa. The MAJORITY ..."
markinator Clarification on the now viral Wisconsin ..."
"Source in the Constitution?Again, you have not replied to my argument about any "except for" ..."
Alonzo Donald Trump vowed to destroy the ..."
"Tom, I gave explicit instances when getting ID and registering to vote might be difficult. ..."
Annerdr Clarification on the now viral Wisconsin ..."
"You do realise that the only person we've seen throw the word nazi around is ..."
TheMarsCydonia The Danthropology blog is moving on
Browse Our Archives
Follow Us!

Wallnau: Left is Bringing out the Guillotines Next
Trump-loving crackpot Lance Wallnau says that the creation of an autonomous zone...

How secular is Turkey? It just ruled an...
If Turkey is secular, why did its Supreme Court rule that a...
view all Nonreligious blogs
What Are Your Thoughts?leave a comment
Copyright 2008-2020, Patheos. All rights reserved.