In the early hours of the morning in Washington, DC, the senate confirmed Rep. Tom Price as the new Secretary of Health.

His confirmation spells disaster for public health in the US. Price is an anti-choice advocate who has sworn to do everything he can to destroy the Affordable Care Act.

“During his 12 years in Congress, Rep. Price repeatedly voted to defund Planned Parenthood, co-sponsored a 20-week abortion ban, and co-sponsored a radical ‘personhood bill’ that would have granted constitutional rights to fetuses and zygotes,” wrote Larry Decker, the executive director of The Secular Coalition for America, in a statement Friday morning. “Price’s willingness to support such extreme legislation suggests he views public office as a means for pushing his own religious beliefs on others. Price’s unwavering support for these anti-choice policies are at odds with the majority of the American people and are fundamentally incompatible with the duties entrusted to a Secretary of Health and Human Services.”

Thankfully, Price does not seem to share in President Tump’s anti-vaccine views, Decker notes that he does align dangerously close to a vocal anti-vaccine group that disguises itself as a sanctioned medical organization.

“While we are relieved that Rep. Price is on the record rejecting this conspiracy theory, his affiliation with the Association of American Physicians and Surgeons (AAPS) is deeply troubling due to the fact that the organization actively promotes this discredited and dangerous claim. It is our hope that Rep. Price will take the responsibility of his new position seriously and show courage in defending the safety and efficacy of vaccines against the Trump Administration.”

Another thing that is certain is that Trump is only hiring “yes” men, so while we can be relieved Price does not share in Trump’s conspiracy theory views, his job is clearly going to be upholding and defending whatever ideas Trump throws his way or he will be quickly out of a job. 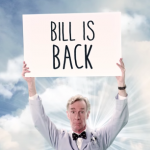 February 13, 2017 Anti-LGBTQ bill advances in Kentucky senate
Recent Comments
0 | Leave a Comment
"Tom Hughes --- Gee, you're clearly quite intelligent. I bet you're in Mensa. The MAJORITY ..."
markinator Clarification on the now viral Wisconsin ..."
"Source in the Constitution?Again, you have not replied to my argument about any "except for" ..."
Alonzo Donald Trump vowed to destroy the ..."
"Tom, I gave explicit instances when getting ID and registering to vote might be difficult. ..."
Annerdr Clarification on the now viral Wisconsin ..."
"You do realise that the only person we've seen throw the word nazi around is ..."
TheMarsCydonia The Danthropology blog is moving on
Browse Our Archives
get the latest from
Nonreligious
Sign up for our newsletter
POPULAR AT PATHEOS Nonreligious
1