‘Send Them Away’: A Homily for the Loaves and Fish (Proper 13A)

When I was on pilgrimage in the Holy Land earlier this year (thanks to the incredible generosity of my bishop and diocese), we stayed in small pilgrim’s hotel not far from the site where today’s story is said to have taken place. For 1,500 years, Christians have venerated this site as the place where Jesus fed the multitudes, and so atop ruins from a 4th century church, the Roman Catholic Church has built a newer building for worship, the Church of the Multiplication.

While we were there, my friend Jeff* woke up early every morning and walked to the church for worship. The second morning after he returned, I had just crawled out of bed, still fighting jet lag and caffeine deprivation. But Jeff was overjoyed. The priest, he confided with glee and wonder, had allowed him to receive communion. Apparently, when the priest offered him the bread, Jeff had shaken his head and had explained quietly that he wasn’t Catholic and therefore shouldn’t commune.

The priest, though, shrugged and offered the bread to him anyway. Now, it would have been easy for the priest to simply send Jeff away with a blessing only and not with the bread. It was technically the right thing to do. But by placing the thin wafer of Christ’s body onto Jeff’s tongue, the priest broke church law and, to some Catholics, violated the Sacrament itself.

Jeff was surprised — baffled even — by the priest’s generosity. And I’m still not sure exactly what possessed this priest to break the Church’s own rules, the rules he had vowed before God at his ordination to uphold. But I can’t help but wonder if maybe he found it hard to deny anyone the bread in the very place where Jesus had offered blessed bread to all who were hungry.

It may seem insignificant to us. But the priest’s act was unreasonable, unlawful, and dangerous. Of course, such unencumbered generosity almost always carries an element of personal risk to it. It leaves us vulnerable to ridicule, to punishment, to conflict, or, in the priest’s case, church discipline.

When faced with a similar choice, many of us, myself included, likely would prefer the safer route. It is always safer to bless and send away than it is to stop and to share a meal.

It’s not that we are cowards or mean-spirited. We’re just so rational.

Take the disciples in the gospel today. Jesus and his friends are in the middle of nowhere. The writer of Matthew calls it a desolate place. Jesus had withdrawn there to get away but the crowds had found him and followed him to this deserted place.

At some point, the disciples realize that the sun is setting and that there is a crowd of 5,000 men with nowhere to go and nothing to eat. That’s 5,000 not even counting the women and the children. So the disciples do the math. They probably have somewhere between 10,000 and 25,000 hungry men, women, and children.

I don’t care how good Jesus’ sermon was. This was not a recipe for ministerial success.

“Send them away,” the disciples tell Jesus. “Send them back home, back to their villages so they can find food. We can’t handle all this need.”

The disciples weren’t being selfish or unkind, hateful or unloving. In fact, to their minds, sending this hungry multitude away was the most compassionate thing they could do. It kept people from going hungry in the middle of nowhere.

The disciples weren’t necessarily wrong to suggest it either. If we had a church function for that many people and no food, you better believe I’d send folks  home before sundown.

“Send them away,” they say.

But Jesus replies, “No, you give them something to eat.”

“But we only have five loaves and two fish,” they protest.

When the disciples looked out at the multitude and at their resources, the disciples saw only scarcity — what they lacked — and they responded with the only rational solution they could conceive. Too often we see the world this way, through a lens of scarcity, a lens that fears we might not have enough or might have what is rightfully ours taken from us. Whether that’s our  food, our security, our stuff; our comfort, our complacency, our critical distance from those hungry people.

And we respond with what we assume is compassion.

People experiencing hunger and homelessness? Send them away.

People decorated with full-color tattoos and unconventional piercings? Send them away.

People who don’t vote like us? Send them away.

People who are gay or lesbian? Send them away.

People who live in Gaza? Send them away with the thunder of war.

All we have here is five loaves and two fish.

Jesus saw things differently though. He didn’t see the scarcity the disciples did.

“Give them all the food we have,” he says.

It wasn’t just five loaves and two fish. It was everything.

But Jesus, I believe, understood something the disciples couldn’t fathom. The loaves and fish they had didn’t really belong to them. Rather they belonged to the multitude.

Food belongs to hungry, not to the well-fed.

It’s the same thing I believe the Catholic priest realized when he broke church law and illicitly offered my friend Jeff communion. That bread didn’t belong to him or to the church. It belonged to the hungry.

It’s a sentiment echoed by St. Basil the Great, a bishop and theologian in the 4th century. He writes that, “the bread in your cupboard belongs to the hungry man; the coat hanging unused in your closet belongs to the naked man … the money which you put in the bank belongs to the poor.”

In other words, wealth exists for sharing not for stockpiling.

It’s an uncomfortable thought for our American minds, but it’s not an uncommon sentiment within our faith.

It turns our conventions upside-down, to consider that ownership and access to resources is based on need rather than possession and wealth. It asks us to consider that instead of striving for self-reliance we should strive for communities that rely on each other.

But I’m not sure that’s possible as long as we continue to see the world through a lens of scarcity. We live in the wealthiest country in the world and yet so many still go hungry. And we often begrudge people their daily bread if it comes in the form of food stamps or other shared support. We don’t want our hard-earned money going to those people.

But that’s the voice of scarcity talking, and our culture is built on it, to see scarcity at all times and in all places and in all people. Every commercial you’ve ever seen is based in the idea of scarcity, the idea that you don’t have enough right now.

The shocking thing, though, is that there really is enough in this world. There is enough food produced in the world to feed every single person on the planet.

The food exists. The personal and political will to share it, on the other hand, doesn’t.

At least not yet. Within the last 50 years, governments, nonprofits, churches, mosques, synagogues and atheists have managed to cut the number of people in hunger in half. And Bread for the World, a Christian nonprofit believes that if we lobby our political leaders and tell them that sharing our bread and fish is a priority for us, then we can end hunger within the next generation.

Can you imagine a world where there is no hunger?

Can you imagine a world where the multitudes are not sent away with a blessing only but with bread as well?

Can you imagine a world where all are fed?

You give them something to eat, Jesus says.

But all we have here are five loaves and two fish, we say.

The disciples that day gave everything away. It wasn’t much, really, in the face of such overwhelming need.

But Jesus blessed it.

That deserted place where Jesus fed the 5,000 is today a place where hundreds of Christian pilgrims are fed each morning. Even those pilgrims like Jeff that should have been sent away with a blessing only and without bread.

At the end of our trip, Jeff and I were talking about our time in the Holy Land and I asked him what impacted him the most. We had walked the Via Dolorosa and touched the rock at Golgotha where Jesus was said to have been crucified. We had visited the Church of the Nativity in Bethlehem and had run our fingers through the muddy waters of the Jordan River where Jesus was baptized.

For Jeff, though, the one thing he said changed him most in the Holy Land wasn’t the holy sites. Rather, it was that one simple act of being fed holy bread.

*Jeff is not his real name. 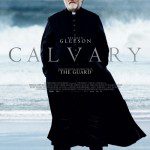 July 30, 2014
On Calvary and the Absorption of Pain: A Discussion with Brendan Gleeson and John Michael McDonagh
Next Post 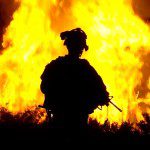