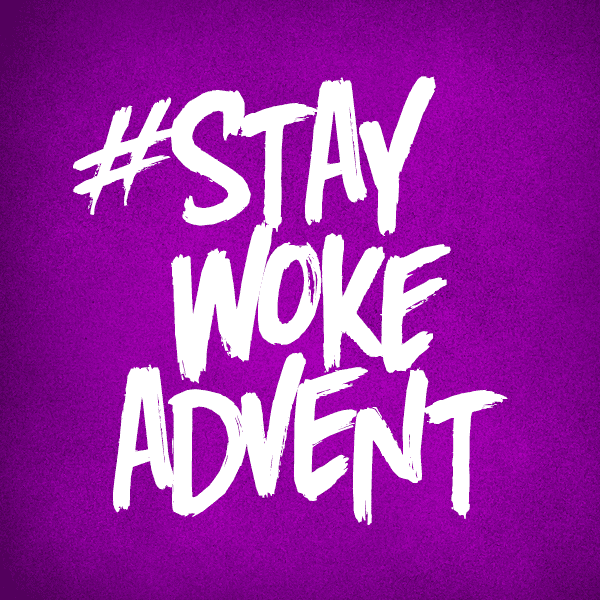 Oh that you would tear open the heavens and come down,
so that the mountains would quake at your presence —
As when fire kindles brushwood and the fire causes the water to boil —
Isaiah 64:1-2a

The fires of justice have been kindled in the brushwood of oppression and brutality.

That fire boils the waters of justice and they roll down like an ever-flowing river into the streets.

The streets are filled with the thunder of protestors marching. They are shaking the mountains of white privilege and oppression.

In Ferguson, the heavens have been torn open with the murder of Michael Brown.

And now, God has come down, if only we have the eyes and ears to hear the Divine in the cries for justice in the streets.

For many white people, the images of protests in Ferguson are deeply troubling, but the sights and sounds of liberation are almost always disturbing to those who live with power or unacknowledged privilege.

But make no mistake: liberation never plays by the rules of respectability.

So we should not be surprised at Isaiah’s harsh images of fires and boiling water no more than we should be surprised at the protests in cities throughout the U.S. and even the fires in the streets of Ferguson following the grand jury report.

For many white people, all this might look a little bit like the apocalypse, which is actually appropriate as we enter Advent, since this season is most often associated with the concept.

But this is not the white apocalypse of the Religious Right, Kirk Cameron, and the Left Behind series.

No, Advent — and Ferguson — speak to an apocalypse in the truest sense of the word. It is a revealing. In Ferguson, it has been for many a revealing of the brutality of state violence against black and brown people. It is an uncovering, and Ferguson and Michael Brown’s death has uncovered and brought into the mainstream what people of color have long known — that black and brown people have been systemically oppressed ceaselessly in this country for centuries.

But like every apocalypse, every revealing, every uncovering, it is also an awakening for many.

I’ve seen many of my fellow white Christians awaken to the reality of racial injustice and white privilege in the wake of Michael Brown’s murder in August. I’ve also seen them awaken to the white vitriol and aggression when they begin to speak out.

This, of course, is nothing new to people of color who have lived with oppression, systemic violence, and micro-aggressions for generations.

In this way, this apocalypse isn’t about the end of times.

It’s about waking up and joining hands with what the Holy Spirit is doing in the streets of America.

For white Christians like me, I believe that awakening begins when we hear the prophet’s words for what they are. He implores readers to recall the deeds of our ancestors and the story of our forebears. For him, these are the Exodus and the awesome deeds of God that no one expected, when God did hear the cries of oppressed people brutalized by the powerful and then joined in the struggle of liberation.

But when white Americans like me recall the deeds of our ancestors we must recall enslavement, segregation, and the ongoing systemic oppression of people of color. We must not look back and claim liberation as our history when oppression has been our legacy. We must see ourselves primarily among the Egyptians and not among the people of God.

And so as we are called back to our roots, we are called back to the root of Advent: repentance. Any awakening for white people in the midst of Ferguson and the murder of Michael Brown must always start with penitence, with humble and contrite hearts for the evil we have done and the evil done on our behalf as beneficiaries of centuries-old systems of oppression.

But repentance isn’t about feeling guilty and parading ourselves around while we tear our white privilege to sackcloth for show.

November 3, 2014
The Breaking of the Bridesmaids: Rethinking a Problematic Parable (Lectionary Reflection)
Next Post

December 28, 2014 The Cowardly Wise Men: A Reflection for Epiphany and the Holy Innocents
Recent Comments
5 Comments | Leave a Comment
Browse Our Archives
Related posts from Edges of Faith