The Grief of Peter: A Good Friday Soliloquy (Homily) 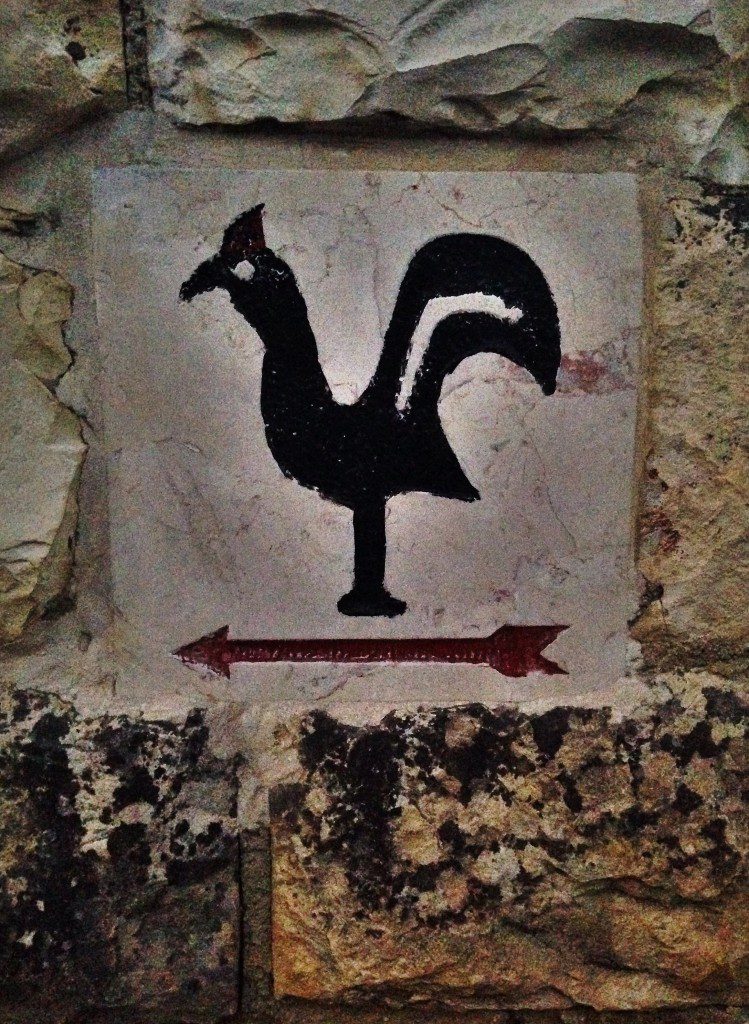 I think a lot about that night, the night the soldiers came. In the quiet, I can still hear their steady footfalls approaching, that rhythmic shuffle of their metal breastplates, spear, sword, and shield. When I close my eyes, I can still see their torches blazing like evil eyes warning of coming misfortune. And I can still feel the foreboding and terror that seized my chest, a premonition of the trauma that was to come.

I still remember seeing who was leading the way. Our friend, Judas, and how he twisted the traditional kiss into one of betrayal. As those 600 Roman soldiers slowly closed ranks around our small band of disciples, it felt like time slowed  all the things he had told us and taught us suddenly came flooding back. I heard Jesus tell us there was no greater love than to lay down our lives for another as he washed our feet. I heard him tell us that in order to save our lives we must first lose them, that we had to take up our crosses and follow him. And then I heard myself promise, my feet still wet from washing, that I would follow him anywhere, even if it meant my death. Then I heard him speak to me gently, warning me that I, Simon Peter, would fail him, deny him before the sun rose and the cock crowed that next evening.

The remembrance of that warning snapped me back to the garden. That evening was this evening. As I saw them binding Jesus. I knew in that moment what he wanted me to do. It was like all his words since our last supper together had crystallized with rare but undeniable clarity. The rooster had not yet crowed. The sky was still dark. I would not fail him as he said I would. I would not deny him as he predicted. I would change his terrible fate by keeping my promise to go with him, even unto death.

I would lay down my life for him who I loved so dearly.

So I drew my sword. With a detachment of the empire’s soldiers in front of me armed with swords and spears, I attacked and cut off the ear of an unarmed servant.

But before the soldiers could retaliate, run me through, and complete my sacrifice, Jesus stepped between us and he rebuked me. “Am I not to drink from the cup my Father has given me?” he asked.

And what do you do when the one you love most resigns himself to death, when he accepts he is dying even if you don’t?

So they carried him away to imprison, interrogate, and torture him. The Holy Incarnated One became the holy Incarcerated One. And it still occurs to me today, with no small amount of horror, that of all the blood that was spilled during the crucifixion it was me, one of us, a disciple of Jesus that drew the first blood.

When the garden had emptied of soldiers, when the torches had become pinpricks on the horizon and stillness had returned to Gethsemane, the last words of Jesus spoke to me rattled in my soul.

Until they at last sunk in with terrible finality.

Am I not to drink this cup?

It was always his greatest temptation, and I was always seemed to be the one tempting him with it. Every time he talked about dying I was ready with an alternative plan. I was the one who always told him that he didn’t have to die, that we could beat this thing, together.

After he was transfigured, it got so bad that he actually told me I was speaking with voice of Satan? “Do you really want to make me stumble on my way to Jerusalem and the cross?”

“Yes,” I thought. “Yes, I want you to stumble, because I don’t want you to die.” It was out of love that I had tempted him with my words and it was out of love  again, in the garden of Gethsemane,  I had tried again to prevent his death, this time with a sword and my own life.

When faced with the death of those we dearly love, we will bargain away almost anything – even our own lives – in hopes of buying them just one more night on this earth. Better we know they live in our absence than we in theirs.

But Jesus took the cup his father had given to him with both hands, determined to drink its entire bitter contents.

But though he was ready, I was in denial. Even though I realized what was happening, that the eternal Word made flesh was terminal and headed to death, I would deny it.

I would deny it all.

I would deny it.

Until the cock finally crowed.

Only then would the dam of my grief break and I would begin to weep.

Let me just tell you, if that’s the case. You’ve missed the point.

These were not the actions of a heartless man, but of a hurting one, not of a gutless man but of a grieving one.

I didn’t deny him because I lost my faith in him.

I denied him because I lost him to death and I couldn’t handle the truth of what was happening.

I didn’t deny him because I lost my nerve.

I denied it all because I couldn’t comprehend the sorrow blooming in my soul like a poisoned lily of the field.

I was angry and in denial. So overwhelming was my grief at the incomprehensible loss of my friend that I wanted to disassociate from everything — everything —  I’d known for the past three years. I wanted to deny everything about him and myself.

Maybe you recognize this anger, this denial, this grief from your own life, from the times you’ve stood vigil at death or sat numb in funerals.

So please do not to judge me too harshly for what seems like a failure. None of us understood what was coming on Sunday. We only knew what had ended on Friday.

And that’s why I am here tonight, really. To ask you  to do one thing. To grieve with me as I grieved that night. Don’t explain my grief away. Be here. At the cross.Do not rush to the end of this story. Don’t remember the cross and tomb of Jesus with his resurrection on playing at the corners of your lips. Do not yield to the temptation I so often presented to Jesus, to avoid death and skip to the end.

Tonight sit in the darkness of loss. Grieve for what is dying in the world and in your lives. To weep if you need to. To deny if you have to. To feel forsaken. To be fully present to exactly where we are, here at the cross, without judgement and without condemnation.

Because God in Jesus understands exactly what it’s like.

That is the gift of the cross.We didn’t understand it at first, but we came to realize it wasn’t just about the forgiveness of sins or the triumph of life over death. It was the ultimate act of solidarity by God with humanity. Death looms over human existence like a shadow haunting a beautiful valley. We know that to be human is to die one day. But we always believed God wasn’t supposed to die, much less bleed out on the cross.

So was he not to drink the cup the Father gave to him?

That cup of suffering.

In his last act, in his dying moments, Jesus drinks the wine, lifted up to him on the cross.

He drinks the cup.

In his death, his humanity is finally complete.

The God who is with us.

Even unto death. Even death on a cross. 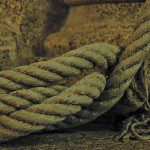