A Christmas Pinata: Learning from other cultures

The story of Mary and Joseph looking for a place to rest on the Holy Night has been retold in  nearly every culture and language.  The King and Savior of the world wasn’t born in a castle, but in the lowest of circumstances. He would die in the same manner.

We went to a traditional Las Posadas festival. Celebrated throughout Mexico it gives a unique cultural twist on the familiar story.  It’s a celebration that dates back to 1587.

The capstone of the multi-day event reenacts two children dressed as Joseph and Mary knocking on multiple doors with each homeowner sending the couple on their way.

A devil, dressed in mask and a red shawl dances on roof of each home, dancing in victory over every rejection. The gathered crowd boos and hisses at the satanic figure.

Finally, a door opens and Joseph and Mary are ushered into a stable where Jesus is born.

Throughout the ceremony, candles are lit, songs are sung with corresponding responsive readings.

The entire ceremony is capped with a Christmas piñata. Yes, that was a surprise.

But even the piñata has meaning. 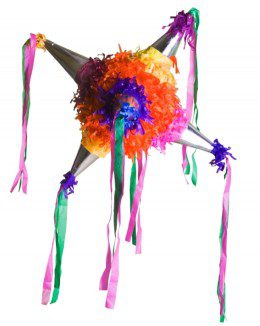 The piñata has seven points, each representing one of the seven cardinal sins – Lust, Gluttony, Greed, Sloth, Wrath, Envy, and Pride.

The bright colors represent attraction we feel for those temptations.

And the young person swinging the broomstick is blindfolded, which represents faith.

The stick represents God and cheering crowd represents the witnesses, the church cheering the person standing up to sin.

Before striking the piñata, the young person is turned around 33 times in remembrance of the 33 years of Jesus’ life.

As child after child took their swings, I doubt they understood the significance of the piñata. They just wanted the c 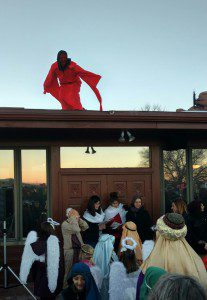 andy.  I was particularly amused by the designated Joseph, still wearing his tape on beard, who took a wicked swing at the piñata. And sweet little Mary was in the mix too, her jaw squared and eyes narrow as she took a swing.

Once the piñata burst, the children swarmed the candy, a pile of humanity.  I’m sure there’s an application to that as well.

But I love the idea of Christmas piñata. 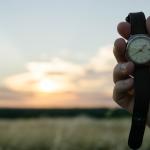 November 23, 2021
Thanksgiving for The Things We've Lost
Next Post 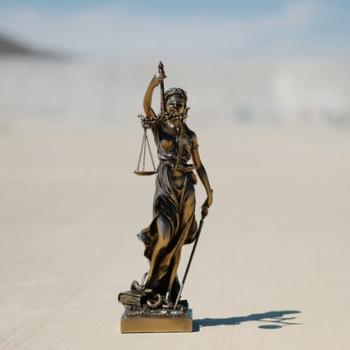 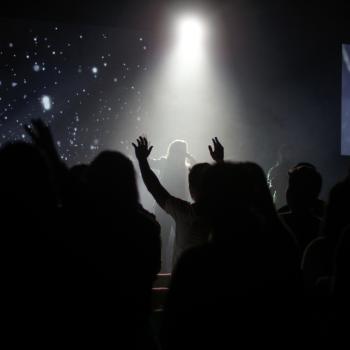