How to break the cycle of your family’s past

He was called a bastard son.

It was outrageous really. His mother was just a young teen. The father was much older and there hadn’t been a marriage. The tongues wagged, clicking at the impropriety. And the angel story really was a stretch. The baby’s lineage wasn’t much better. It was filled with incredible scandal. Instead of a lush family tree, with lovely branches and perfect leaves, it was crooked.

Go back a few generations and you’d find murder, adultery, debauchery and prostitution. Liars and thieves populated the ranks. And while there were good, God-fearing people in his past, it seems that everyone wanted to focus on the faulty predecessors.

The fruit doesn’t fall far from the tree, they said. The kid probably wouldn’t amount to much.

He ended up dying with thieves.

Skeletons in my closet

He wasn’t the only one with black sheep in the family pasture.

I’ve been privy to some family history myself lately. With both my parents gone, I’ve been able to look in the dusty trunks, unfolding papers and memories. I’ve scanned hundreds of photos tucked in crumbling albums, trying to catch a glimmer of those that went before me. I’ve learned about my great aunt who was a fashion model, gracing the cover of magazines.  And then there was her sister, who had the distinction of being a tattoo lady in a circus. And don’t forget my grandmother, who danced in front of sailors for a living.

My grandfather died in a Veteran’s Hospital, his skin yellow with liver failure. You can guess the life he led. He still loved deep, despite his addiction.

My father had a secret marriage and child before he met my mother. I don’t know what happened to either of them. I never even knew they existed, a topic apparently whitewashed from our home.  My parents had their own marriage issues. I didn’t know any of that.

Despite my ugly past, I’m loved

At some point, both my parents found Jesus and tried to raise a family that would be different. They tried so hard to do the right thing. I’m so grateful they did.

This Jesus they found – the one I spoke about earlier with the terrible family history – inserted himself right into this human muck. He came from a pretty good place, and picked imperfection to live a life. That’s why he understands all of this.

There is real beauty in this adoption that I’m experiencing. God loves me as His son and took me in. I’m not the perfect little kid that everyone wishes were theirs. I’m the one with the dirty face, the ugly past and the future that doesn’t look so promising either.

Break the chain in your family tree

It’s a reminder that my earthly bloodline doesn’t have to trump my heavenly destiny. There isn’t some sort of rut that I have to follow just because of my name, or my lineage

I knew a guy who drank heavily – and said it was because his dad did first. And we see it all the time. Another friend apparently beat his kids because he was beaten as a child.

And that goes for my kids too. They don’t have to mimic my bad ways either.

The family tree might just be able to produce some good fruit yet. 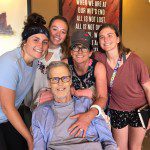 August 8, 2017
Every Day is a Blessing: Reflections on the death of a friend
Next Post 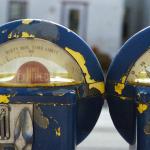 August 25, 2017 Try this: Shock the world with kindness
Recent Comments
0 | Leave a Comment
Browse Our Archives
Follow Us!