In the course of just a few days, major events, gatherings, and meetings have suspended or canceled their dates. It’s everywhere as the potential of COVID19 is snapping the world to attention.

No one really knows how bad it will be with estimates ranging from tens of thousands to millions impacted. Fear reigns.

And now we are seeing the fear hit churches across the world.

It started in Italy when the Cardinal Angelo De Donatis halted all Mass and closed all Catholic churches in the nation, which has been particularly hit by the virus.  The Italian government had already shut down all shops, restaurants, and other public places.

“My heart is in pieces,” Father Maurizio Mirilli, a pastor of a Rome parish said on Twitter. “I have to close everything, even the church … I feel like a father whose children have been snatched from him.”

For Catholics, the focus on the Eucharist is particularly important.  That can’t be done virtually.

In nearly every community, churches are finding ways to gather less frequently — or not at all.

But many other churches are bucking the trend.

Aaron Harvie, senior pastor of the 7,000 member Highview Baptist Church in Louisville, told The Washington Post that he has no plans to cancel services at his church. “It only adds to the fear,” he said.

When the government oversteps

In my State of Colorado, the Governor initially banned all gatherings of more than 250 people. This would impact many churches of any size and immediately put the government in the uncomfortable role of shutting down churches and other constitutionally protected gatherings.

The First Amendment “protects the freedom to peacefully assemble or gather together or associate with a group of people for social, economic, political or religious purposes.” The government can recommend, but cannot dictate.

The legal team for the governor no doubt starting reading the Constitution and encouraged the Governor to change his mandate to “guidance.”

But as this virus grows, what sorts of freedoms will we give up? And for the Christian, how important is our gathering together?

It’s interesting to reread Scripture in light of today’s crisis. In Hebrews, the words spring to life. “And let us consider how we may spur one another on toward love and good deeds,  not giving up meeting together, as some are in the habit of doing, but encouraging one another—and all the more as you see the Day approaching.”

During the context of this time, Christians were under intense persecution. So much of Hebrews is about perseverance as a sign of authenticity.  One of the ways they showed their devotion was to keep showing up, even if meant their life.  The safe thing to do was to stay home.

This was no small thing for them.

Meeting together marked them as a community of believers, and when they were marked they were targeted. Property was seized, arrests were a possibility, and jobs and livelihoods were jeopardized. But they showed up.

Big churches have the ability to stream services. They can go high tech, rather than high touch. Some are celebrating the transition, allowing technology to bring the church to homes anywhere.

But your church may not have that option and you are left with a huge void.

My church has decided to go virtual. It’s a large church and they have decided to have an online service, complete with music and preaching. The offering plate will be in the form of a button. The prayer may be a chatroom.

Jarrett Stevens, pastor at Soul City Church, a nondenominational church on Chicago’s West Side with a congregation of about 4,000 people has closed for the foreseeable future.

Pastor Stevens knows the importance of being together.  “This is not a time for social or spiritual isolation. We need each other more than ever now,” he said.

Even as we see the day approaching.

In times of crisis, we lean on our faith community and religious rituals to give us frame of meaning and a promise to be strong and to hold on to something greater.

“Those of us who are strong and able in the faith need to step in and lend a hand to those who falter, and not just do what is most convenient for us. Strength is for service, not status. Each one of us needs to look after the good of the people around us, asking ourselves, “How can I help?” (Romans 15:1-2).

Whether you are at church or at home, it’s a good day to pray. 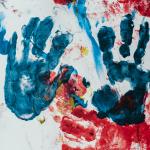 March 4, 2020
What does God put on His refrigerator?
Next Post

April 6, 2020 This virus is a thief. But it cannot steal my joy
Recent Comments
0 | Leave a Comment
"I disagree. Wolves and Endgame by Rise Against, F8 by Five Finger Death Punch and ..."
Christian We all need this kind of ..."
"And that right there is exactly why Christianity, along with every other religion that believes ..."
Greg Wertz This world is not our home
""But neither side is content with us standing on the sidelines, as both the left ..."
Brian K This world is not our home
"https://youtu.be/fqA2O1c-WZg"
Christiane Smith Jesus never celebrated Christmas
Browse Our Archives
get the latest from
David Rupert
Sign up for our newsletter
POPULAR AT PATHEOS Evangelical
1

Evangelical
Should I stay or should I go? Churches...
David Rupert

Evangelical
This virus is a thief. But it cannot...
David Rupert

Evangelical
We all need this kind of music right...
David Rupert
TRENDING AT PATHEOS Evangelical