What to do when incivility grips a civilization

What to do when incivility grips a civilization January 23, 2017 David Rupert

More than a million women marched across the nation and world this weekend. They marched for issues like gender gaps in pay, abortion and gay rights. But call it what you want, these rallies were really just an opposition toward the election and now inauguration of Donald Trump.

That’s fine, when you have a nation that routinely votes about half and half, you’ll always have a side that stands in opposition. In a civilized world that values free speech this is a sign of a healthy society that allows dissension.

But I was shocked at the vulgarity and incivility that seemed to rule many of the speeches, signs and banners. I can’t even type some of the things I saw on TV and locally. They were crude, angry and disgusting. I don’t think I’m prudish, but to see such lewdness occur on a widespread basis was jarring.

Both sides are too blame. I saw much of the same during the last election cycle, as the high ground crumbled into the ground.

And here’s the rub. Our current President has only continued the volley with his own language, actions and crude behavior. So the opposition feels justified acting in kind.

Impropriety begets more impropriety. I don’t agree with it, but I get it from a human perspective.

How a civil society breaks down

When we are wronged or slighted, our immediate reaction is to protect, justify and defend. And then we often ratchet it up and go on offensive. We try to ‘One Up’ the other person with our version of the insult. Even as I was writing this article, I felt the urge to retaliate against unfair attack.

This is how relationships break down, marriages crumble, and nations go to war.

This is how a civil society breaks down into incivility.

The Bible encourages those who have been insulted to do just the opposite. “A gentle answer turns away wrath, but a harsh word stirs up anger,” says Proverbs.  And Jesus famously told us to “turn the other cheek.”

That’s hard when the masses stir us up, when we feel justified in our cause and feel that humility is a sign of weakness. But in reality, it’s a sign of strength.

Like many of you, I’m embarking on a Kindness Challenge. The Details are here, as well as place for you sign up to challenge yourself.

The Challenge is really about a targeted kindness, finding one person in your life to heap kind thought, words and deeds upon.

It echoes the biblical injunction to “Be kind and compassionate to one another, forgiving each other, just as in Christ God forgave you.”

But it also addresses the broad kindness that seems to be missing in our world right now.

In the book, “The Kindness Challenge,” Shaunti Feldham observes, “People today routinely say things over social media, e-mail, and text that they would never utter out loud or face to face. Road-rage confrontations are common. Politicians viciously attack each other, and television news commentators talk over each other. Mean girls openly roll their eyes at school, and bosses feel it is perfectly acceptable to express their disdain at work.”

Our culture honors vengeance, cruelty and hostility. I’m not interested in joining the crowd and perhaps you aren’t either.

So this is one column in a sea of other columns. A few words that just a few will read. But I hope that a few will read this and take the challenge. If it doesn’t change the world, it certainly will change you. 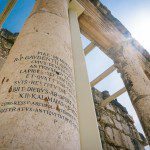 January 16, 2017
“Wake Up.” A Middle Eastern immigrant has a message for America (and Donald Trump)
Next Post

January 29, 2017 Here’s the Part of the Refugee Ban that Makes Sense
Recent Comments
0 | Leave a Comment
Browse Our Archives
get the latest updates from
David Rupert
and the Patheos
Evangelical
Channel
POPULAR AT PATHEOS Evangelical
1

Evangelical
The Smoke of a Distant Fire
David Rupert

Church, Government, and Business: Can the Christian University...
If the Christian university does serve as an instrument meeting the needs...
view all Evangelical blogs
What Are Your Thoughts?leave a comment
Copyright 2008-2021, Patheos. All rights reserved.