I saw the advertisement and I just shook my head.

They capitalized “holiday” but couldn’t bring themselves to say “Christmas.”

This kind of dancing around the obvious seems silly to me. The clear majority of people celebrate Christmas.  And those that don’t – primarily secularists, Jews and Muslims aren’t necessarily offended. They’ll often partake in the seasonal activities and leave Jesus out of the discussion. In fact, my time in the Middle East I saw many Christmas traditions there.

I used to be uptight about the “war on Christmas.” Every year we had fights over creches on courthouse lawns. We went to battle over elementary school programs that are are big on Rudolph and Frost but small on Joseph and Mary.

I even started a group of like-minded people, “The Society for a Merry Christmas.” I pushed back on my employer for more employee rights. I encouraged people to not shop at stores that did all they could to capitalize on the holiday and get spurned the word “Christmas”.

They can have their holiday

I’m over that. They can have their “holidays” and I’ll have my mine.

It was when the businessmen of the 19th century turned the day into a day of consumption, only then did Christmas overtake Easter. They found a jolly man and put a bag on his back and moved him to the North Pole. Then they gave him a mission – sell!

I’ll gladly play along. I’ll drink the eggnog, hang the lights and sing along with Bing. It’s okay. If Jesus is an afterthought to the world, then I can’t fight that. He still came to earth in a miraculous birth – for me.

The most important holiday isn’t Christmas

We have valued Christmas too much. We have claimed the day as Holy. We have embraced the Season as a Christian imperative. It isn’t.

The Christmas season – at least in it’s current incarnation – is far from what previous generations of Christians imagined it to be.

For them, it was Easter that mattered – not Christmas. The early church didn’t rejoice so much in the miracle birth, rather the death and resurrection of our Savior.

The Gospels all culminate in the Resurrection. Only two of them start in the manager. The book of Acts is filled with men and women impacted by the resurrection account – even giving their lives. They constantly spoke of “Jesus Christ and Him crucified.”

Paul’s Christmas that never was

Paul warns that “if Christ has not been raised, then our preaching is in vain and your faith is in vain” (15:14)?  He didn’t stake out the necessity of the Bethlehem Birth story.

In fact, Paul never mentioned Christmas or the Nativity as a particular day. Come to think of, Jesus never did either. He did however, speak often of his death and his resurrection. That’s what changed the world.

The hovering angels. The cherub-faced baby in the manger. Cattle looking on while the lambs are playing. This is what we are going to war over? This is the battle we wage? We would rather fight for sentimental traditions than the truth of the Gospel.

The secular world can have Christmas as their holiday. Bring on Santa and Burl Ives and strolling choirs and chestnuts. Please pass the cookies and let’s sing Rudolf.

I do love this season.

Yes, Jesus came to earth – but it was to die and to be resurrected.

With one hand on Christmas, the other is on Easter.

Jeremiah 10:2-4 Thus says the Lord: “Learn not the way of the nations, nor be dismayed at the signs of the heavens because the nations are dismayed at them, for the customs of the peoples are vanity. A tree from the forest is cut down and worked with an axe by the hands of a craftsman. They decorate it with silver and gold; they fasten it with hammer and nails so that it cannot move 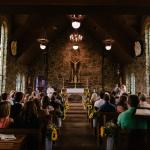 December 5, 2017
Taking from the Collection Plate -- the Ultimate Test of a Church’s Financial Security
Next Post 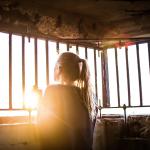 January 4, 2018 ﻿A Memory of Hope: Good News for the Very Worst of Times
Recent Comments
0 | Leave a Comment
"And yet, here you are in an forum for Evangelicals, reading.Of course, the responsibility for ..."
David Rupert We are being Called to the ..."
"What a pathetic diatribe.A fantasy of the author who hates everything progressive, and IMAGINES how ..."
oneworlddude We are being Called to the ..."
"Great article. Many have been praying for the Afghanistan's and also for the Americans and ..."
David Boze Say a Prayer for Afghanistan
"I'm sorry for your loss."
Maine_Skeptic The Day I Walked Away: Finding ..."
Browse Our Archives
get the latest updates from
David Rupert
and the Patheos
Evangelical
Channel
POPULAR AT PATHEOS Evangelical
1

A Letter to Christian Parents about...
Anxious Bench
Related posts from David Rupert