The Miracle Staircase – When Others Change Your Life

Have you been trying to figure out a situation in your life? You try to maneuver, to fix it. But it’s impossible. And everyone agrees with the assessment. But rather than give up, you hold out…waiting for a miracle. That’s trust. That’s faith. That’s Living a Life of Yes….

The sisters of Saint Loretto in Santa Fe New Mexico have a beautiful little Chapel which is home to what’s called, The Inexplicable Stairs or The Miraculous Staircase. I visited it recently, and it started me thinking about miracles. The best miracles defy logic and come from unlikely places at the hands of expected people.

In 1852, the sisters of Loretto Made the trip from Kentucky through St. Louis all the way to Santa Fe New Mexico. They struggled. It wasn’t easy for the band of women. Their caravan often broke down as the Southwest sun beat down upon them.  Cholera took a number of them. Finally, Sisters Magdalen Katherine, Hilaria, and Roberta established their community in the rough and tumble town of Santa Fe, New Mexico.

The town was primarily comprised of Mexicans, and native Indians and their mission was to establish a  gospel presence. The began to plan a Chapel in 1873. It was designed by an architect named  Projectus Mouley , and it was fashioned after the Sainte Chapelle in Paris. It would be the first gothic structure West of the Mississippi.

French and Italian masons went to work on the new structure 31 feet by 8 feet and 73 feet high.  The problem is that Mouley,  the architect, died near the end of the project. Almost everything could be completed without him, but there was a mysterious unfinished link. The choir loft inside the church was in inaccessible. It towered high above the congregation seating, and there was simply no room for the stairway to be erected. It would intrude too much into the Chapel.

Mother Magdalen called in many chart carpenters to build the stairway, but they all failed. It was impossible, they said.

So the sisters established a novena — a 9 day period of prayer –, and they dedicated it to Saint Joseph, the father of Jesus, a Carpenter. On the last of the nine days,  a man showed up at the convent. He rode a simple donkey and a toolbox in his hand. “I can do it,” he said with quiet confidence.

The only tools he had were a hammer, a saw, and a square.  He went to work on the spiraling staircase using only the simplest of methods.  He didn’t use nails, or glue, relying on wooden pegs.  There’s no banisters and no central support. The stringers are perfectly curved, spiraling tightly up . The engineering marvels even the most master carpenters today.

The staircase has two 360 degree turns and no visible means of support. The entire weight of the structure is on the base and engineers say that this should collapse on itself. But it stands more than a century, defying the laws of gravity. Some call it a miracle.

I love these stairs because of the craftsmanship. Every curve is lovingly cut , every piece fits perfectly together. I believe in the premise. I believe in the miracle. Sometimes people show up to help you dream.

When I talk about Living a Life of Yes, it sounds a little bit like “you have to do everything yourself.  But these big leaps of faith, the trust, the unbelievable defiance of odds, sometimes means you have to place your faith in others.

The legend surrounding the Inexplicable Stairs says that no one knew where the wood came from as it doesn’t seem to be indigenous to the local area. When mother Magdalen went to pay the carpenter, he wasn’t to be found. There was no bill at the local lumberyard.

Eventually, the saw and the hammer go quiet, and the door closes. The carpenter is gone, and you are left with a miracle. 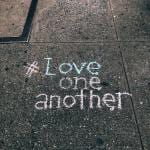 February 27, 2019
“Love Your Neighbor,” Is there room for moderation?
Next Post 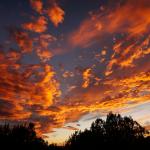 March 12, 2019 Color Blind -- I Don't See What You See
Recent Comments
0 | Leave a Comment
Browse Our Archives
Follow Us!