Nowhere Else to Go: Why We Return to Jesus

Nowhere Else to Go: Why We Return to Jesus April 29, 2021 David Rupert

I wasn’t going to take it anymore.

I grabbed my backpack, took an apple from the bowl on the table, pocketed  two of my favorite Hot Wheels and marched out the house. I was eight and I was a childhood runaway.

I made it all the way to the Dutra’s house where they had a secret hide-out in the back yard. I sat down and rested. It was a quick stop, a layover, a resting point before I made my final dash to freedom.  It had been a long journey so far, and I had a long ways to go. It was just eight houses away, but it was a first step away from my problems.

The day was warm and the emotions were strong, and before you know it, I had fallen asleep, the excitement of being a runaway overcoming me.  Mrs. Dutra woke me, seeing my tear-stained face. “Just go home,” she said.

What was I thinking? Where would I sleep? What would I eat? What would I wear? I burst through and I told my Mom I had run away and I was sorry and I wouldn’t do it again. She smiled and pushed some cookies and Kool Aid toward me. “Welcome home.”

When you want to run

Running away sounded like it’s a great big adventure but in the end, it was a big flop. Every time I’ve run away since I’ve had the premise of rebellion and adventure and finding something better.  It’s the ultimate escape when things don’t go my way.  I hear the urge to drop everything and go. But it never fails to fail me.

I see runaways every day and I want to tell them to just go home.  When the marriage crumbles, and words are minced by emotion, and actions are misread by every whim. Run.

When things at work are difficult and the boss is demanding and no one understands. Run.

When the church doesn’t pay any attention to my ideas and the music gets loud or the preacher doesn’t honor some deep-seated belief. Run.

When the friendship needs a little more work and it’s not all fun and games and there are more bandages needed than I have. Run.

And I run from God too. When the hard sayings teachings make me wobble, the internal self against the eternal truth should be an easy choice. But it isn’t.  Running from truth doesn’t make it any less true.

I pack my knapsack and announce that I’m leaving. But it never lasts. Maybe for a couple of hours, or days, or weeks. At one point in my life it was for an entire year. But before long, the call for home is too loud.

There was an insurrection against Jesus outlined in one of the Gospel teachings. When the masses realized that he wasn’t going to be a meal ticket, they left in droves. Jesus turned to the disciples and asked, “Will you leave too?”  They looked around and said, “Where else would we go?”

”Where can I flee from your presence?” asked King David. To know you cannot run is both frightening and comforting. I want to hide, but I desperately want to be found.

And he still finds a way to minister to my heart, even when I run. He rains manna while I wander in my desert. He prepares a banquet table while I’m still slopping pigs. He whispers to me while I shiver under the broom tree. He teaches me in the belly of the whale. He cooks breakfast for me after I return to my nets.

Now that I’ve seen the Promised Land through the haze of mystery, I cannot forget that this is my home. There’s nowhere else I want to go. 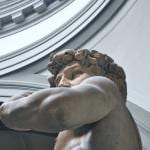 April 26, 2021
Sins of the Father: What Should we do about an Imperfect Past?
Next Post 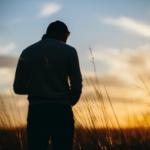 May 3, 2021 Moving Past Regret: How to Fix a Painful Past
Recent Comments
0 | Leave a Comment
"Christianity is now synanymous with child-raping religious leaders"
AlabamaisChristianWhiteTrash Are you afraid to tell others ..."
"Good luck with that. I hope you the best."
David Brevik Are you afraid to tell others ..."
"Religionists have often shown contempt for humanity, life and civil law.When they commit suicide by ..."
rationalobservations? “We are lions!” Pastor pushes back ..."
"It seems the well-meaning pastor wants to thin the herd and put unnecessary strain on ..."
Enlightened “We are lions!” Pastor pushes back ..."
Browse Our Archives
get the latest from
David Rupert
Sign up for our newsletter
POPULAR AT PATHEOS Evangelical
1