The Fear of Being Offended – Making Something out of Nothing

The Fear of Being Offended – Making Something out of Nothing May 8, 2017 David Rupert

“I can’t believe you said that!”

She looked at me like I had committed the worst of atrocities.

I used the word, “Gal” when referring to a female who had just waited on me. It’s an old term. Probably a hold-over from my mother, who used it constantly, an easy, generic name for every woman she didn’t know the name.

But now those darting eyes from this gal – I mean woman —  told me her opinion of this term. Suddenly, that word felt like a heavy weight hung around my neck,  a sign for the world to see.

I retracted my words, suddenly feeling guilty for-I-don’t-know-what.  This isn’t the first time for me as my words haven’t always found a welcome home to the hearer. And I’m not alone, as we are all trying to sanitize our speech.

The labels our speech earns are serious:

As a society, we are now looking for offense around every corner. Leaders are being forced to resign. Commenters are castigated. Speakers are being silenced.

The forced apologies, resignations and sackingsare rampant. We are learning to live a very narrow world, in which every action and word is scrutinized.

Those who once championed free-speech on every corner are the same ones who are killing it in the public square And it won’t be long before the “offended” will soon find themselves as the “offenders.” It’s the full circle of speech. 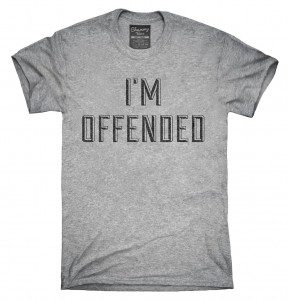 An addiction to victimhood

“There is a strand of self-absorption and fragility running through this generation; all too ready to cry ‘victim’ at the first hint of a situation they don’t like,” Fox says.

“We need a younger generation that’s prepared to grow a backbone, go out into the world, take risks and make difficult decisions,” she writes.

Colleges and Universities are breeding grounds for intolerance in the name of tolerance. And micro-aggressions – those seemingly innocent acts – now pile up in the bank of offense, never to be withdrawn until it’s time to make someone pay.

Matt Walsh says Americans “get offended faster and more efficiently than anyone ..It’s is our calling card, our national pastime. It is the battle we fight and the banner we wave.”

Every week you hear about a new outrage. Someone said something terribly offensive. I read about a man who was castigated by a woman for opening a door. “You are insinuating that I can’t open a door on my own,” she said.

However, there’s no need to be a bully

On the other hand, there is no need to go out of our way to offend. So I’m not talking about the name-callers and purposefully rude people.  And for the record, I think the “bully-pulpit” of the presidency should actually be a “decency pulpit.”

For those of us who are driven by faith, we are given clear Biblical instruction.

“Do not let any unwholesome talk come out of your mouths, but only what is helpful for building others up according to their needs, that it may benefit those who listen.” – Eph 4.29

We need to respect people, treating them as God sees them. Racism, class-ism and a host of other actions are simply wrong. So I’m not advocating that.

But the Word also tells us that we cannot be easily offended.

“Know this, my beloved brothers: let every person be quick to hear, slow to speak, slow to anger;” – James 1.19

There are those who are careless, blunt and mean-spirited. We can’t control what they say, but we can control how we react.

1) If it wasn’t intended to offend you, then you shouldn’t be offended.

2) You do not get to decide someone else’s intentions. They do.

3) Being offended is a choice you make. Nobody is responsible for that choice but you.

4) Even if the slight was intended and deliberate, functioning adults understand that they must move on and not dwell over every sideways glance or rude comment.

We need to get the chips off our shoulder, learn to shrug things off and find a way to laugh. 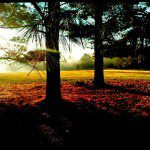 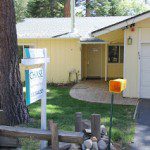 May 11, 2017 The Legacy Our Moms Left Behind (It's All Up to Us Now)
Recent Comments
0 | Leave a Comment
"And yet, here you are in an forum for Evangelicals, reading.Of course, the responsibility for ..."
David Rupert We are being Called to the ..."
"What a pathetic diatribe.A fantasy of the author who hates everything progressive, and IMAGINES how ..."
oneworlddude We are being Called to the ..."
"Great article. Many have been praying for the Afghanistan's and also for the Americans and ..."
David Boze Say a Prayer for Afghanistan
"I'm sorry for your loss."
Maine_Skeptic The Day I Walked Away: Finding ..."
Browse Our Archives
get the latest updates from
David Rupert
and the Patheos
Evangelical
Channel
POPULAR AT PATHEOS Evangelical
1