On the ground: She hears the voices of the refugees (part 2)

On Monday, I shared the story of Sawson Ojailat who as my translator while I was in Jordan. I encourage you to read her words here first, and then continue on.

I have begun to image what it would have been like to be a Christian in Syria or Iraq.  The Christian refugees we interviewed shared their stories of persecution. We heard stories about the Muslim Brotherhood, ISIS and FSA who were very strong and powerful against them.  I was shocked as they shared their stories of persecution as Christians living in the Middle East, because I am a Christian living I the Middle East.

I was hurt and angry because I was called names, but I was never hurt physically because of my faith.  I cannot compare my feelings now with the Christian refugees who lived in Syria or Iraq because these people went through so much more than I have ever been through.

The situation for both Muslim and Christian refugees is very difficult. 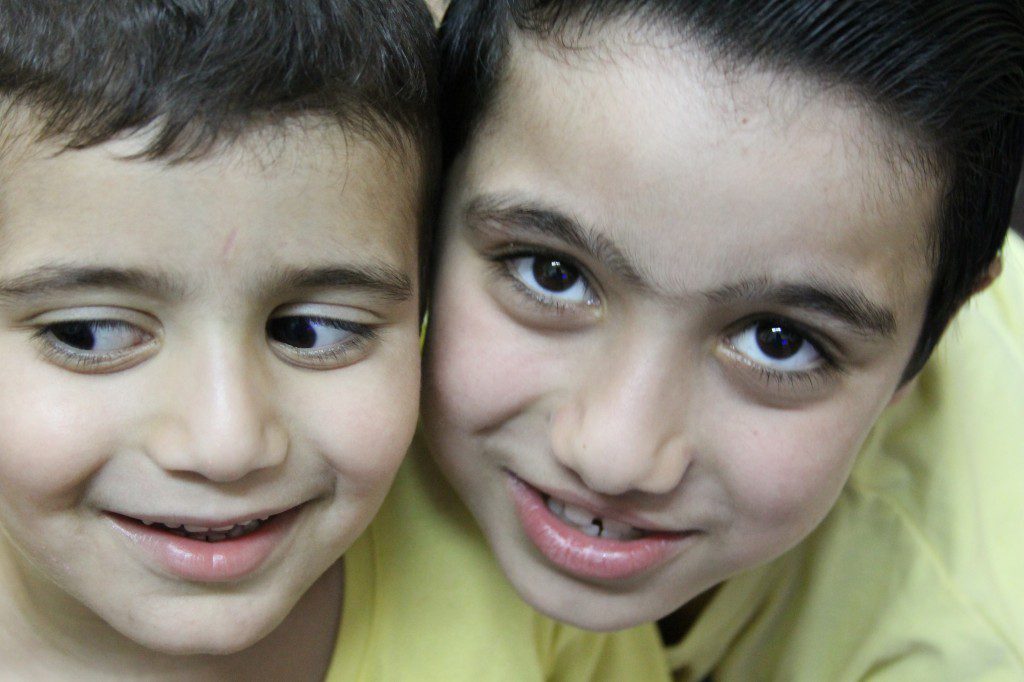 Even if resettlement by the U.N. is done in a random way, most of the settled families will be Muslim since they outnumber the Christian refugees by at least 10 to 1.

Finding the Christian families was like looking for a needle in a haystack, but God brought people to us.

Many Christian refugees would ask, “Why has America opened her doors for the Muslims?  If America is a Christian nation, it would make sense for them to give the Christians an opportunity to get out of the Muslim nations?”

David would try to explain America foreign policy – but even he didn’t understand why people persecuted for their faith would be shut out of immigration.

Is Your Faith Shaken?

During these interviews, David would ask them about the condition of their faith.  We wanted to know how is their faith was now after they were forced to leave their country in this bad way.  The thing that amazed me was that all of them said their faith had become stronger. It was better now  because they believed that the hand of God was with them all the time.

These refugees see how tangibly God saved them from the war. Even though most of them lost their possessions (i.e. cars, houses, land, jobs, money) they did not care because they and their kids were safe. This did not surprise me because in the Middle East, the tradition is that family is the most important thing. 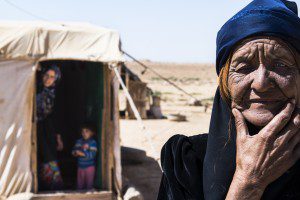 I was shocked to see the difficult living situations of many of these families.

Many Iraqi refugees live in churches, and they share a bathroom and kitchen.  Many of them live in tiny caravans, which are little aluminum huts.  These families are living in such poverty, and are very sad and desperate. David would also ask the refugees, What are your dreams? What are you looking for in the in the future? I was amazed to hear that everyone wanted, “to settle down and live with dignity”.

I realized that of all the possessions in the world that one can manage to live without, the home is not one of them.  You cannot be compensated for your home.

I learned what it means for someone to be an expatriate.  The expatriate person is sad person.  Even though he can have many new things in this new life, he cannot have the things that remain in his memory. Like the smell of the home, or the place where he used to live, or the land which he used to stand on.

I grew up in Kuwait, but I am Palestinian. For 5 months, I lived in Palestine and I fell in love with the smell of the trees. It has been 35-40 years since then, and I still cannot get that smell out of my mind. Nothing can compensate with these memories.  So we can try to imagine being a refugee, and all of a sudden having to live with new people who speak different languages and have a very different way of life.

All of these feelings are difficult, and I can imagine that the person really struggles with cultures shock, not even truly understanding why he is struggling so much.  These memories grow the mind, and stay for a long time.  As much as he tries to ignore or forget it, it is impossible; it will always be printed in his brain.  I saw the sorrow and the sadness in their eyes, and some of them used to smile in desperate way.  It’s like they were saying to us, you cannot even try to begin to understand what I have been through.

Even through all of these events, and horrible things that happened to them, there is something good that comes out from this, especially for the Christian families. These people felt the hand of God with them throughout the whole process. They have an unknown future, but they are so hopeful.  I am convinced they will never give up on hope, and their love for God will continue to grow stronger.  Most of them have this hope that God will one day take them out of the Middle East as refugees, and let them live as citizens in different countries.

They hope that one day they will have a job and a house and an education and a different life.  I fear that maybe all this hope is false, but I can’t blame the person for dreaming and wanting the best. Maybe it’s just a dream, that won’t become a reality, but the person can \not give up dreaming. We have a saying in Jordan, which says, “The talk and the dream are free.  They will not cost anything.”

I am reminded of the story which is in Genesis 18:23-33 when Abraham asked God, are you going to kill the righteous with the bad person with the sin? Even if there are 50 righteous people, then he started to negotiate with God. Then he said no the number of the people is not 50 it is 30…then it kept being reduced. There ended up being less than 5 good people.  I believe that God is merciful, and that he will not burn this country even if there is just one righteous person.

January 11, 2016
On the ground: She hears the voices of the refugees
Next Post