Refugee Stories: Teenage girl speaks out, “Save my friends”

Her voice wavers when I ask her about her family.

“I miss them. Everyday that’s all I think about.”

But the 19-year old is in contact with her brother and parents regularly from an undisclosed location in Iraq. She doesn’t want her picture taken so she can protect them. 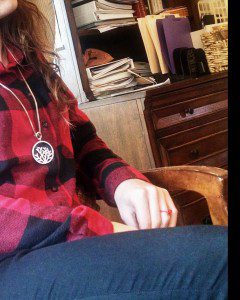 Protection runs both ways. Rita Tamur is still alive and free today because her family wanted to protect her.

When Daesh occupied their town near Mosul, Iraq last summer, her family was targeted for their Christian faith. Knowing the destiny for pretty young women, her family gathered all of their resources and found a way to sneak her out of country to Lebanon.

There, she encountered the good people of St. Rafka Maronite Catholic Church from Denver who were in country helping document Christian refugees.

The church’s priest, Father Andre-Sebastian Mahanna, is from Lebanon and has known terror from his first days of life. Palestinian terrorists broke into his parent’s home in Tripoli and put a gun to his head when he was just two days old, threatening to kill the baby unless the family handed over information.

He has seven brothers and sisters, all of whom were born in a different city. That’s the nature of growing up around war. Now he sees a new generation of displaced people and he’s working to help save these people.

“I’ve always had a silent guilt and frustration,” he said. “Now I’m using that to speak out, those who are killing to stop and repent.”

The church has compiled a list of 800 Christian refugee families in Lebanon and hope to help them navigate the immigration process. 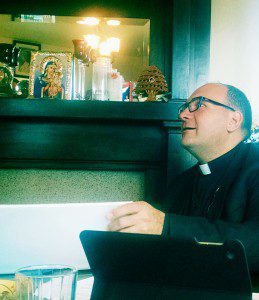 Father Andre is sounding the alarm for the world to the plight of these people, but he knows a priest can only go so far in the message. But no one can deny the words of Rita, who speaks with conviction and passion. She’s still shy and obviously hurt, but she embraces her role.

“I am lost for the words to express the depth of the emotions I am feeling right now,” she said. “I feel guilty and unworthy that today I am here in the United States and all my friends and family are facing death every day”

Her friend Sally lost seven relatives who drowned in Aegean Sea while navigating from Turkey to Greece in a rubber boat.  All seven of her relatives drowned

“It is hard to understand how they were able to escape the horrors of ISIS yet still end up dying this way,” she said.

Rita has other girlfriends that she has lost contact with. She fears the worst but is still hopeful.

“I pray for the young girls in Iraq. I want them to have an opportunity for freedom.”

For the most part, she has found acceptance in the United States. But she doesn’t want to be pitied.

“Sometimes when people hear I am from Iraq, they look at me differently,” she said. “They think I am from a troubled nation and I have no education and no future. That’s not true”

She’s graduated high school and is taking English classes with the hope of entering a University next semester.

Her dream is to return to her homeland as a doctor and help those who are afflicted.

“I could stay silent, but I feel compelled to reach out to all my brothers and sisters and ask for prayers for myself, but most of all for those still in Iraq,” said Rita. “Ask how Christ may be asking you to help.”

To learn more about St. Rafka’s mission of hope and faith, please visit their website and consider supporting their work.  Father Andrea and Rita were  recently featured on KMGH-TV Denver. 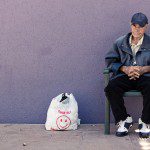 November 26, 2015 Robbed at Knifepoint. Could I give thanks?
Recent Comments
0 | Leave a Comment
"I'm sorry for your loss."
Maine_Skeptic The Day I Walked Away: Finding ..."
"Books2Door Dicount Code is best code provided by Books2Door. Amazing Discount Offers Get, Books2Door & ..."
Nora Hazel The quaint concept of self-denial [It ..."
"nice articleEAZE PROMO CODEPromo Codes and save up to 30% on the offer, so get ..."
julie The quaint concept of self-denial [It ..."
"You lift yourself up by your bootstraps. And trust God that He will accomplish whatever ..."
edwitness Sins of The Father: What Should ..."
Browse Our Archives
get the latest updates from
David Rupert
and the Patheos
Evangelical
Channel
POPULAR AT PATHEOS Evangelical
1

Announcing...Living the King Jesus Gospel (A...
Crux Sola: Formed by Scripture to Live like Christ
Related posts from David Rupert

Evangelical
The Smoke of a Distant Fire
David Rupert