When moving up can drag you down

When I was a teen, I worked at a local restaurant as a busboy. It was my job to splash water in tall glasses for each new table, carry plates out for the waitresses and set the tables after each party finished eating.

It was hard, honest work and I used the money to fuel my car and fund my pizza habit. I loved the work and the interaction with both staff and customers.

Things changed when the boss gave me a little more responsibility. Suddenly, it was my job to stock the non-food supplies, to schedule the other busboys, and to keep the centerpiece displays updated with the latest messaging from the owners. I got the title “Senior” in front of my busboy name tag and a 25 cent raise.

I proudly told my parents of the promotion and secretly plotted my course up the restaurant ladder. “Give me five years and I’ll run this place,” I said in my silly 17-year-old brain.

It only took a month for the reality of the responsibility to start taking its toll. I was trying to be a good student, involved in several extra-curricular activities at school and in my youth group. But all I thought about was work. It consumed me. The promotion became a drag and made me despise the job I once loved.

Is it okay to stay put?

The Wall Street Journal article, “Hold On To Your Dream Job,” cites a survey that claims “3 in 4 employees say they have no desire to move up in their organizations.” This goes against the presumption that we are all clamoring the upward ladder. It seems that most of us are perfectly happy, right where we are. We like comfortable.

Tom Nelson, the author of Work Matters, says “upward mobility often uproots us from our sense of place and the ever-deepening relationships that are part of that space.”

“Where we are” is the place for friendships, connections, and the ability to excel through excellence. The next step removes those safe places. And many of us just aren’t willing to give those up.

I am finding that I need to check my motives, to make sure they aren’t hooked to the train of pride, position, and power. The temptations are the same throughout time. From the Garden of Eden to Christ in the wilderness to me in the workplace, the voices say the same thing.

·    You can be invincible. Stick your chest out and take control!

·    Go to the high place, and they will worship you. They will think well of you!

·    Just strike the rock, and the bread will fulfill your wants. More wealth means more happiness!

I’ve considered promotions just because it was expected of me. I’ve applied for new positions just for nothing more than the pay raise. I’ve thrown my hat in the ring because I wanted to control the ring. All of these are terrible reasons to seek new responsibility.

We wouldn’t make such terrible mistakes that accompany new and different jobs if we would first solve the restlessness in our hearts. If we learned to be content, to deal with interpersonal strife, and to live within our means, then maybe our current positions wouldn’t look so unappealing.

“While there are times God uproots us, let’s make sure we don’t follow the seductive siren song of the restless muses of our time,” says Nelson. “Staying put often means staying faithful.”

If you read the writings of Paul, faithfulness was a key ingredient to his successful Christian walk. He led the religious elite in the New Testament then found himself stitching tents in the desert. Then he was elevated again as a major leader of the early church.

But he didn’t let his status go to his head. He simply lived out God’s blessing in the moment. “I have learned the secret of being content in every situation,” he wrote in Philippians.

Looking backwards, just being a busboy wasn’t such a bad job after all.

Have you ever taken a promotion for the wrong reasons?

July 29, 2021 How real is your your fear of failure?
Recent Comments
0 | Leave a Comment
"This made me think of Ecclesiastes 3:11 (NIV84)He [God] has made everything beautiful in its ..."
Country Preacher Finding the words to describe the ..."
""
Trysten Lang This Syrian refugee made me forget ..."
"The US needs to quit encouraging this war and side with Assad to end it ..."
Roger McKinney This Syrian refugee made me forget ..."
"If I said "yes" to every opportunity I've ever been afforded, I think I would ..."
Linn What if you said “Yes” to ..."
Browse Our Archives
Related posts from David Rupert 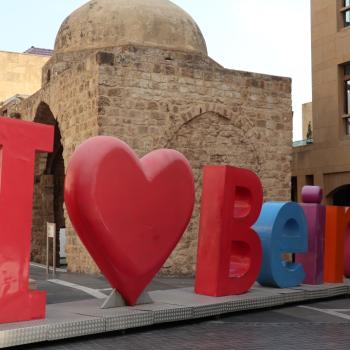