The Moving Light of Time

“In a word, the Future is, of all things, the thing least like eternity. It is the most completely temporal part of time — for the Past is frozen and no longer flows, and the Present is all lit up with eternal rays.”

In the above excerpt, C.S. Lewis expresses a very common view of time: that it “flows” from future to present to past like a filmstrip passing through a movie projector, with each frame of the film momentarily becoming the present as it is illuminated by the projector’s light. Christian apologists such as William Lane Craig use this view of time to argue that the universe must have had a beginning, and hence a creator, because a universe with an infinite past could never have traversed the infinite number of past moments to reach the present moment (the kalam cosmological argument).

This is the most widely held view of time, for obvious reasons. It seems intuitively true, in accord with our experience; we do observe time apparently flowing, with one moment following the next in succession. In the present, we can act and make choices that seemingly affect the future, while the past is frozen and beyond our ability to alter.

This view is also, indisputably, false.

These are all valid and important questions. Nevertheless, the widespread perception that time flows is – must be – an illusion. Consider the following points.

First: If the “moving light” of the present, in fact, moves, how can this be? Ex hypothesi, that “moving light” is outside time, because its motion is what defines what time is. And yet, how can there be motion without time? The very idea of motion implies a time at which an object is in one place and a different time in which it is in another. If there is no time, there can be no motion. For this light to move at all, there must be some “meta-time” within which it moves. But if that is the case, then does this meta-time dimension have its own moving light determining the present? And so on, in an infinite regression. The kalam argument, invented to avoid the supposed impossibility of an infinite, ends up running right back into that same impossibility.

But in addition to committing its user to an infinite number of temporal dimensions, this view of time has another problem: the moving light is utterly superfluous. We do not need it. To see this, imagine a thought experiment: What would happen if the spotlight of the present suddenly started moving in reverse? Would we notice anything?

As a moment’s thought should make clear, the answer is no. If there is a moving light, then time must be divided into some number of discrete slices – like the frames in a filmstrip – each one representing a snapshot of the universe at a single moment. But the people – more accurately, the people-slices – inhabiting each moment only have the memories leading up to that moment, regardless of whether it is “replayed”.

Consider three frames in the filmstrip of my life. In moment A, I’m graduating high school; in moment B, I’m starting college; and in moment C, I’m putting up the first post on this blog. If the spotlight of time started moving backward, so that these moments happened in “reverse” order, would I notice? Of course not. The spotlight of the present cannot change the content of these moments; even if it moves backward to reilluminate a particular moment, that moment will reoccur exactly as it did the first time. And in each of those three moments, I only have the memories of the events preceding it. Regardless of which way the spotlight of the present is “actually” moving, the sequence of my memories imposes a consistent order on my experiences, making it seem as if time is flowing in the “right” direction. And this works exactly the same way if there is no such light at all. The spotlight of the present is an unnecessary explanation, conferring no additional ability to explain our seeming perception of time’s flow. Thus, by Occam’s razor, it should be eliminated.

But all this is not just a matter of armchair philosophy. It is also a matter of empirical evidence. And in this regard, the evidence strongly confirms the arguments I have put forward. Physicists have known for over a century that the commonly held view of time is incorrect.

For example, if there was a spotlight of time, highlighting moments in succession so that each one briefly becomes the “now”, this implies that there is one true present in which everyone shares. All observers should agree on what is happening “now”. But this is not the way the universe actually works.

An observer on the train, moving along with its motion, will observe both detectors trigger simultaneously. After all, the emitter was in the exact center of the car, so the two photons have to travel the same distance to their respective detectors. This is undoubtedly a correct answer.

But an observer on the platform, watching the train pass by, will observe something different. To that observer, the back wall of the train was moving toward the photon, while the front wall was moving away from it. The difference in distance is miniscule, but it exists; so the back detector should trigger first. This, too, seems to be a correct answer.

Which observer is right? As Albert Einstein first demonstrated, the answer is that they both are. Strange as it seems, there is no one absolute answer to this question. Rather, simultaneity is relative: it depends on the perspective of the observer. Observers who are in motion relative to each other will disagree on which events are simultaneous – in other words, they will disagree on what is happening “now” – and there is no way to say that one is right and the other is wrong.

And this is not a unique, contrived case, applying only to this one example. On the contrary, this is the basis of Einstein’s theory of special relativity. Observers in relative motion will always disagree on which events are taking place in the present. At ordinary time and distance scales, this effect is so small as to be almost undetectable, but at very high velocities or over astronomical distances, it can become very significant. Physicist Brian Greene, in his book The Fabric of the Cosmos, gives a startling example: an observer 10 billion light-years away from you, who moved in a direction away from you at a mere 10 miles per hour, would have a “now” consisting of events 150 years in your past. And if this observer moved toward you at the same speed, his “now” would consist of events 150 years in your future.

This shows that moments cannot be partitioned into “past”, which have already happened and cannot be changed, and “future”, which have yet to be decided. These terms do not correspond to any fundamental attribute of reality. In fact, one observer’s past may be another observer’s future, and vice versa. Even more importantly, there is no single, universal present, no one moment somehow highlighted in a way that differentiates it from all other moments. Quite the contrary, there are only the moments themselves – each one existing eternally, each one unchangeable, and each one just as real as all the rest. We do not experience this because, as already explained, the causal order of our memories produces an illusion – a convincing illusion, but an illusion nevertheless – of time’s mutability and flow.

The last important question is what place there is for free will in such a scheme. The apparent fixity of the future would seem to deny the possibility of choice, but this ceases to be a problem when we realize that free will does not require the ability to have done otherwise. We choose in accordance with our natures, and our natures are shaped in turn by those choices, regardless of whether that process takes place in a single, special “now” or in one of an eternal succession of moments.

Though the commonly held view of time is wrong, this does not deprive us of anything important. We should always bear in mind that unaided human perceptions are not necessarily, and in fact not usually, a reliable guide to the true nature of ultimate reality. But using science and reason, we can surpass our limitations and arrive at a more fundamental understanding of the orderly laws by which the cosmos operates. 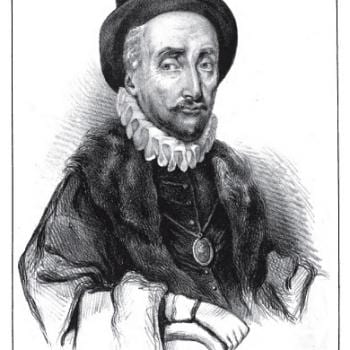