The outgoing Archbishop of Westminster, Cormac Murphy-O’Connor, had some choice words for atheists at the ceremony this week to install his successor:

“What is most crucial is the prayer that we express every day in the Our Father, when we say ‘deliver us from evil’. The evil we ask to be delivered from is not essentially the evil of sin, though that is clear, but in the mind of Jesus it is more importantly a loss of faith. For Jesus, the inability to believe in God and to live by faith is the greatest of evils.

…You see the things that result from this are an affront to human dignity, destruction of trust between peoples, the rule of egoism and the loss of peace. One can never have true justice, true peace, if God becomes meaningless to people.”

Like others who came before him, this cardinal views atheism as “the greatest of evils”, literally the worst act a human being can possibly commit. Too bad for the cardinal that, at the time he gave this speech, an enormous counterexample was staring him in the face:

Tens of thousands of Irish children were sexually, physically and emotionally abused by nuns, priests and others over 60 years in a network of church-run residential schools meant to care for the poor, the vulnerable and the unwanted, according to a report released in Dublin on Wednesday.

Tens of thousands of children, suffering horrific abuse, degradation, and brutal assault both physical and sexual, over a period of decades. The sheer scope of the problem makes it impossible to explain away as the result of a few bad apples; cruelty this widespread and this institutionalized could only come about as the result of evil and corruption deeply entrenched in the hierarchy of church power.

In a litany that sounds as if it comes from the records of a P.O.W. camp, the report chronicles some of the forms of physical abuse suffered in the boys’ schools:

“Punching, flogging, assault and bodily attacks, hitting with the hand, kicking, ear pulling, hair pulling, head shaving, beating on the soles of the feet, burning, scalding, stabbing, severe beatings with or without clothes, being made to kneel and stand in fixed positions for lengthy periods, made to sleep outside overnight, being forced into cold or excessively hot baths and showers, hosed down with cold water before being beaten, beaten while hanging from hooks on the wall, being set upon by dogs, being restrained in order to be beaten, physical assaults by more than one person, and having objects thrown at them.”

…Girls were routinely sexually abused, often by more than one person at a time, the report said, in “dormitories, schools, motor vehicles, bathrooms, staff bedrooms, churches, sacristies, fields, parlors, the residences of clergy, holiday locations and while with godparents and employers.”

As with the Magdalene Laundries, the history of Catholicism in Ireland appears to be an unbroken record of brutality. And as novelist John Banville observes, the church-sanctioned violence endemic to these schools was well-known and not a fluke: it was an inevitable development of Christianity’s wicked theology of inherent human depravity.

The doctrine of original sin was ingrained in us from our earliest years, and we borrowed from Protestantism the concepts of the elect and the unelect. If children were sent to orphanages, industrial schools and reformatories, it must be because they were destined for it, and must belong there. What happened to them within those unscalable walls was no concern of ours.

To their credit, some members of the Catholic church have apologized without reservation for these evils. Others, like Cardinal O’Connor, act determined to ignore them. Still others defend these actions: for instance, Bill Donohue, the professional bloviator who predictably flies into a lathered frenzy every time a movie or a novel says anything uncomplimentary about Catholicism, but who dismisses the church abuses in Ireland as “minor”.

The one conclusion we can draw from this horror with complete confidence is that Roman Catholicism’s claim to speak with moral authority is forever demolished, whatever bigots like Cormac Murphy-O’Connor say. When Catholic officials can ignore or minimize horrendous abuses like this – when they can downplay thousands of acts of incredible brutality against vulnerable children who were committed to their care – then they are bereft of ethics and of credibility, even if they refuse to admit this and continue to blather on as if their words carried any moral standing. Their attempts to tell us what constitutes the greatest of sins deserve nothing but derisive laughter. No matter how large and impressive their cathedrals, how ornate their robes, or how flowery their language, they are hollow shells of corruption. They deserve to be utterly ignored until their words have faded into the dust.

May 27, 2009 Apotheosis
Recent Comments
0 | Leave a Comment
Browse Our Archives
get the latest updates from
Daylight Atheism
and the Patheos
Nonreligious
Channel
POPULAR AT PATHEOS Nonreligious
1 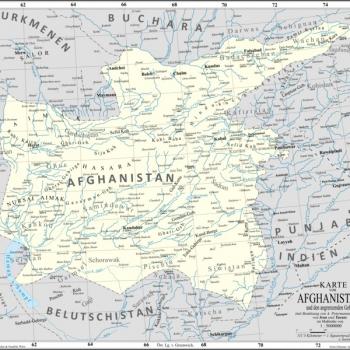