Rayhana, a French-Algerian playwright and actress, was attacked last week in front of the theater in Paris where she is performing her provocative play, “At My Age, I Still Hide My Smoking”. Rayhana speaks out against Islamism and obscurantism and the Muslim culture of female oppression in Algeria. Her play takes place in a hammam in Algeria and portrays nine women sitting together and discussing their daily lives. The two men who attacked Rayhana grabbed her from behind, forcing her to the ground, and poured gasoline over her head and in her face, momentarily blinding her, and then attempted to set her on fire by throwing a lit cigarette on top of her head. Prior to this incident, Rayhana had been harassed verbally. Despite the attack and the threats of violence, Rayhana is determined to continue performing her play. She has received many offers to stage performances from theaters throughout France, in response to this outrageous criminal act.

Ni Putes Ni Soumises (Neither Whores Nor Submissives), a French women’s rights organization that condemns cultural relativism and fights for women’s rights as universal human rights without compromise, organized a protest to support Rayhana on Saturday afternoon, January 16th. A huge crowd assembled in front of the theater, la Maison des Métallos, where Rayhana is performing her play. The crowd included women’s rights activists, government officials and representatives from some of France’s political parties. Sihem Habchi, the President of Ni Putes Ni Soumises, condemned the attack on Rayhana and proclaimed, “It is her job to be in the theater and our job to be in the streets.”

[Editor’s Note: Sarah provided some pictures of the protest, several of which are reproduced below.] 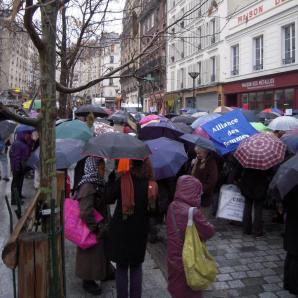 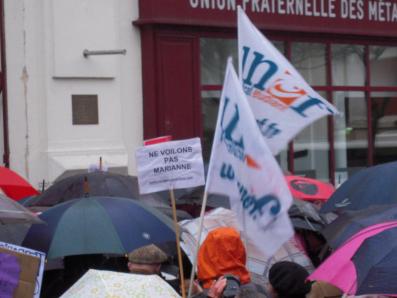 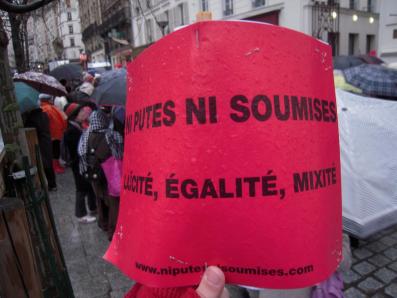 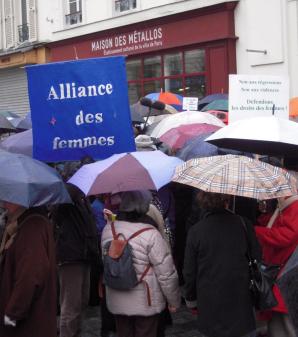 January 18, 2010
Book Review: The Means of Reproduction
Next Post

January 21, 2010 The Case for a Creator: The Smell of Science
Recent Comments
0 | Leave a Comment
Browse Our Archives
Related posts from Daylight Atheism