“A qualitative and quantitative study of the incidence, features, and aetiology of near death experiences in cardiac arrest survivors.” Resuscitation 48 (2001): 149-156.

In my most recent post on Case for a Creator, I mentioned that Lee Strobel referenced a February 2001 paper which allegedly provided proof that people had conscious experiences during the time that their brains were not functioning. I have a copy of that paper now, thanks to several helpful readers, so in this post I’m going to dissect it.

The principal researcher, Sam Parnia, carried out a study in which he interviewed all survivors of cardiac arrest at his hospital over one year, asking them if they had any memories and, if so, to describe what they experienced. There were 63 such people over the course of the study. Here’s the first important point: the vast majority of those who were revived from cardiac arrest had no memories or experiences of any kind:

During the 1 year period 63 patients survived and were interviewed. Of those, 56 (88.8%) had no memory recall of their period of unconsciousness; the remaining seven survivors (11.1%) had some memory.

Only seven people had any memories at all, and only four of those had enough of the “classic” NDE elements (feelings of bliss and peace, seeing a bright light, the sensation of traveling through a tunnel or entering some other world) for Parnia to classify them as such. The other three had only vague hallucinations (one reported a sense of peace but no other elements, one reported seeing deceased relatives but with no other accompanying experiences, and one just saw “some unknown people jumping off a mountain”). This is difficult to explain under theistic assumptions. If everyone has a soul, shouldn’t everyone who suffers cardiac arrest have an NDE?

There’s also this part, which must have made Strobel decidedly uncomfortable if he read the actual paper:

How is it that non-practicing Christians – one who described himself as a pagan, no less – had the same blissful hallucinations that are the most common kind of NDE? If Strobel’s born-again beliefs are true, shouldn’t these people have had only the frightening, “hellish” NDEs that are sometimes reported?

Again, please note that every conclusion in this study is inferred on the basis of just four people’s experiences. This is hardly enough to draw any kind of firm conclusion, and Parnia and his co-authors say so themselves:

In this study possible physiological causative factors could not be investigated adequately in view of the relatively small number in the study (NDE) group. Nevertheless it was interesting that patients in the study group had higher oxygen levels than those in the control group. This may simply be a skewed result due to the low patient numbers. Alternatively it may indicate that patients who had NDEs had better oxygenation during the resuscitation, allowing better cortical function…. However, it would be unwise, with such small numbers, to draw any significant conclusion from this finding.

“About ten percent reported having well-structured, lucid thought processes, with memory formation and reasoning, during the time that their brains were not functioning. The effects of oxygen starvation or drugs – objections commonly offered by skeptics – were ruled out as factors.” [The Case for a Creator, p.251]

Not only is this a ridiculous exaggeration of what the study claims, it’s also factually inaccurate. Parnia says only that “all patients followed a standard resuscitation protocol”, which includes the administering of emergency drugs. He says nothing about whether these could or couldn’t contribute to an NDE. As for oxygen starvation, of course patients with cardiac arrest experience oxygen starvation! That’s what happens when your heart stops. What Parnia says, and what Strobel misunderstands, is that patients who had NDEs had higher blood oxygenation levels while they were being resuscitated, compared to those who had no such experiences. And even though the small numbers don’t allow for robust conclusions, this is a very suggestive detail. It raises the possibility that NDEs are the result of neural activity starting up again in the brain as it’s being revived.

Despite their small sample size, Parnia and his co-authors do argue that NDEs happen while the brain is unconscious, not at the onset of unconsciousness or during the process of revival. Here’s how they defend that conclusion:

An alternative explanation would be that the observed experiences arise during the loss of, or on regaining, consciousness. However, it is unlikely that the NDE arises either when the cortical modules are failing, that is, during the process of becoming unconscious, or when the cortical modules are coming back on line, that is, when consciousness is returning… The EEG data during fainting shows a gradual slowing of the cerebral rhythms with the appearance of delta activity before finally, in a minority of cases, the EEG becomes flat. In the case of cardiac arrest, the process is accelerated, with the EEG showing changes within a few seconds. The transition from consciousness to unconsciousness is thus rapid, appearing immediate to the subjects.

So, their argument is that people suffering cardiac arrest become unconscious too quickly for the entire NDE to take place during that time. But that’s a weak argument: We know of drugs that can skew the sense of time, and Parnia himself points out that one of the elements of a classic NDE is a sense that “time [has] speeded up”. Why is it not possible that a few seconds of activity in a dying brain can produce experiences which subjectively seem much longer when the person is later revived?

Even if the unconscious brain is flooded by neurotransmitters this should not produce clear, lucid remembered experiences, as those cerebral modules which generate conscious experience and underpin memory are impaired by cerebral anoxia… Experiences which occur during the recovery of consciousness are confusional, which these were not.

Now hold on, there – Parnia is treating this claim as a matter of fact, when clearly it’s a matter of opinion. The classic NDE isn’t dreamlike or confusional? The feeling that a person has left their body, is entering a mystical realm, and encounters religious figures and deceased relatives? I think an atheist would reply that that’s as hallucinatory and dreamlike an experience as you could hope to get.

Furthermore, Parnia’s very small sample size may have caused him to overlook the fact that many NDEs which otherwise conform to the standard definition have unambiguously hallucinatory elements. Keith Augustine’s essay on the Secular Web, which surveys reports of NDEs, has many examples: people who saw living friends and relatives in the afterlife, people who met talking animals or fictional characters, and in one amusing case, a winged centaur Jesus. Even Parnia’s study had one case that he dismissed as merely confusional in nature, a man who saw “some unknown people jumping off a mountain” – but the only reason he dismissed it is that it didn’t fit the classic NDE description, even though the man went through a cardiac arrest and revival the same as his other subjects.

And how do we know that his NDE subjects didn’t omit dreamlike elements when telling him their stories? Parnia and his co-authors say they didn’t prompt their subjects with leading questions, but the possibility can’t be overlooked that people who are familiar with NDEs from pop culture prune the discordant elements from their story to make their experience more of a coherent narrative, making it sound more like the way they thought it “should” be.

In sum, Parnia’s study, despite Strobel’s overblown and grandiose assertions, doesn’t prove anything about the timing of NDEs or demonstrate that they occur while the brain is nonfunctional. The only conclusive way to prove that they result from the soul leaving the body would be for people in such a state to gain information they couldn’t have accessed through ordinary methods – but as I said earlier, aside from unverifiable hearsay and anecdotes, this never happens. Every careful, controlled experiment set up to prove this has turned up empty. 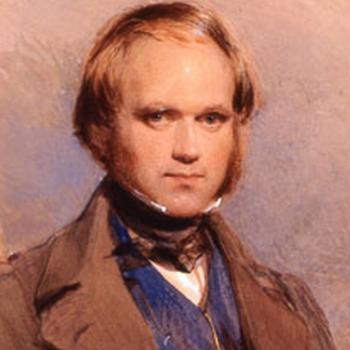