Thoughts on the Occasion of My Marriage

Thoughts on the Occasion of My Marriage June 23, 2010 Adam Lee

If you’re a regular reader, you probably know that I got married last month. Until now, I haven’t said much about the event itself on Daylight Atheism. But now that I’m back from my honeymoon (slightly sunburned, but happy!) and I’ve had some time to reflect, I wanted to put into words some of my thoughts on what marriage means to me, as an atheist, and explain why I chose to enter into it.

But first of all, let me address the most obvious question: Should an atheist even want to get married? Isn’t marriage an intrinsically religious ceremony? After all, weddings usually take place in churches (yes, ours was in a church) and are conducted by clergy (yes, we had a minister – more on this in a minute). Doesn’t that mean that a committed atheist should refuse to enter into one? 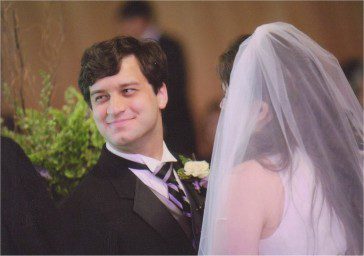 I do acknowledge that, for most of Western history, marriage has been performed in a religious context. However, I don’t concede that this makes it an intrinsically religious ceremony. Rather, it’s because organized religion has always tried to take exclusive possession of whole areas of human life, and proclaim that it alone owns these experiences which are common to everyone. Just so in this case: marriage is fundamentally an expression of love, and religion doesn’t have a monopoly on love. Atheists seek companionship, fall in love, and pledge our commitment just as theists do. Why, then, should we not mark the occasion with a marriage ceremony? Why not take the ritual, strip out the religious trappings we don’t accept, and reclaim it as a secular, human rite of passage that nonbelievers also participate in?

And that’s just what my wife and I did with our wedding. We planned the ceremony to match our beliefs, keeping the traditions we accept, omitting or changing the ones we didn’t. We’ve been attending a Unitarian Universalist church for the past year, an entirely dogma-free religion that emphasizes ethics and community and has no requirement that its members believe in God or anything supernatural. The ceremony was at Shelter Rock, a huge, gorgeous UU congregation on the north shore of Long Island, and was performed by our minister, Hope, a wonderful woman whom both of us respect deeply.

So then, back to my original question: Why did I, as an atheist, choose to get married?

First, there are the practical reasons. It sounds tactless to mention, but I’d be lying if I said I never thought of it: Marriage isn’t just a religious rite, but a civil ceremony that brings considerable civil and legal benefits, including many that are impossible to obtain any other way.

Of course, these protections are held out as an incentive to couples like us, even as they’re denied to gays and lesbians. That these civil benefits are denied to mature, consenting same-sex couples due to religious prejudice is something both my wife and I feel passionately is a grave injustice. That’s why we chose the following passage to be read at our wedding. It’s an excerpt from Goodridge v. Dept. of Public Health, the case where the Massachusetts Supreme Court ruled that it was unconstitutional to forbid marriage to same-sex couples. Even in the dispassionate language of the court, this ruling was full of poetry: 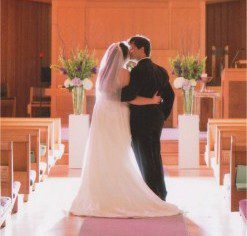 The union of two people is a coming together for better or for worse, hopefully enduring, and intimate to the degree of being sacred. It is an association that promotes a way of life, not causes; a harmony in living, not political faiths; a bilateral loyalty, not commercial or social projects. Yet it is an association for as noble a purpose as any.

Without question, civil marriage enhances the welfare of the community and is a social institution of the highest importance. Civil marriage is at once a deeply personal commitment to another human being and a highly public celebration of the ideals of mutuality, companionship, intimacy, fidelity, and family. Because it fulfills yearnings for security, safe haven, and a connection to our common humanity, civil marriage is an esteemed institution, and the decision whether and whom to marry is among life’s momentous acts of self-definition.

But there was more to my decision than this. Although the civil benefits of marriage are non-trivial, even without them we would have gotten married anyway, and the last paragraph of that ruling hints at why.

I said that atheists feel love just like everyone else, but I want to say more than that. I believe that love is the quintessential human emotion, the one that most truly defines us, that inspires all our noblest endeavors, and that gives expression to what is best in humanity. But love, by its nature, demands to be shared. If kept secret, it stagnates into mere obsession; but if shared with others, it is multiplied. Like one candle lighting others, it spreads without diminishing its source, and brings greater joy to every person who partakes of it than any of them could have had alone. 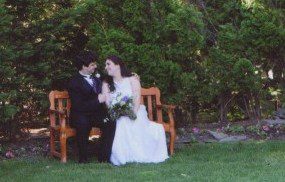 This reasoning is both why I got married in the first place, and also why we had a ritual to mark the occasion. I believe that life’s challenges are better confronted together, rather than alone, and a two-person partnership is the simplest and most stable way to accomplish that.

At the most fundamental, our marriage isn’t a civil ceremony or a religious rite, but a mutual obligation, a promise given freely and in awareness of its weight and solemnity. We pledged to make our partnership an enduring one, to remain faithful and true to each other, to share our happiness and support each other in times of trouble. And it makes this pledge all the more weighty that we made it not to each other in private, but before our gathered family, friends, and loved ones. We invited them to be there because we wanted them to bear witness to our decision, but also because we wanted to share our joy with them!

My wife and I have both found much good in our partnership: we complement each other’s strengths, we comfort each other in times of pain and sorrow, we challenge each other to grow and mature, and we’ve each found that the things we love separately are even sweeter when shared. And that, more than any other reason, is why an atheist like me got married: because when you’re in love, you want to tell the world.

And it’s in that spirit that I’ll close out this post. We wrote our own vows for the ceremony, and if you’ll forgive me, I’d like to share mine:

Before we say our vows, I want to tell you why I’m here today.

I believe in sunrises and sunsets.

I believe in hikes in the woods and walks on the beach.

I believe in traveling the world and exploring places we’ve never been before.

I believe in good books, good conversation and laughing at shared jokes.

I believe in picking pumpkins in autumn, decorating the tree for Christmas and drinking champagne on New Year’s.

I believe in watching fireflies on summer evenings and stargazing on dark clear nights.

I believe in all the beauty, the mystery and the wonder of life, and I believe that these joys, like all joys, are multiplied when you have someone to share them with. And I’m here because I want you to be that person.

There’s no one else I’d rather spend my life with. I love your shy smile, your sweet laugh, your sense of humor, and your adventurousness. And most of all, I love the way you make me happier than I thought anyone ever could. That’s why I’m here, and that’s why I’m marrying you today.

June 21, 2010
Do Near-Death Experiences Prove the Soul Exists?
Next Post