I have a confession to make: I’m one of the New Atheists.

You know the type. Our reflexive, unjustified hatred of all religious people is matched only by the venom of our arguments against them. The mere thought of religion of any kind makes us irrationally furious, like waving a red flag at a bull. We ignore the existence of real religious people because we find fundamentalists easier to attack, and when we’re not ignoring them, we’re driving them away with our hostile, intemperate rhetoric. One thing’s for sure, we’re certainly not interested in making alliances with any kind of church to do any genuine good or work on solving any real problem in this world.

That’s why, this month, I’m making a charitable donation to a church that’s trying to do some genuine good and work on solving a real problem in this world, and I hope you’ll join me. 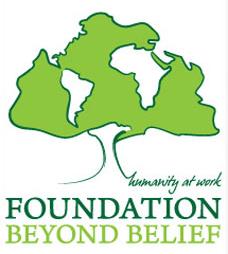 As I’ve mentioned before, I’m a member of the Foundation Beyond Belief, a meta-charity helping atheists and freethinkers to do good in a visible way. Each quarter, the FBB chooses ten charities each addressing a different area of need, all of which must have a proven track record and a commitment to refrain from proselytizing. But it’s always been part of the FBB’s intent that a member charity could be founded in any worldview, as long as it meets those requirements.

This month, the Foundation’s board is putting that principle to work. Their choice in the Peace category for the third quarter of 2010 is Quaker Peace and Social Witness, a branch of the Britain Yearly Meeting and the flagship organization of Quaker peace work worldwide, as well as a past recipient of the Nobel Peace Prize.

If we’re going to support any religious charity, the Quakers are a good start. Quakers are nominally a Christian sect, but they don’t have rituals, sacraments, or a formal creed. Their most important belief is the “Inner Light” – the idea that God exists within every person and speaks to them on an ongoing basis. As a result, they generally believe that the Bible is at best secondary to this process of continuing revelation, and that every person is equally free to interpret the will of God for themselves. (Like Unitarian Universalists, some Quakers also consider themselves nontheistic.)

Quakers have played a formative role in American history and in the separation of church and state. The Quaker William Penn founded Pennsylvania, whose charter gave a strong guarantee of religious freedom to all of its citizens. I’ve been to the Arch Street Meeting House in Philadelphia, the oldest Quaker church in the world, which was built on land donated by Penn: 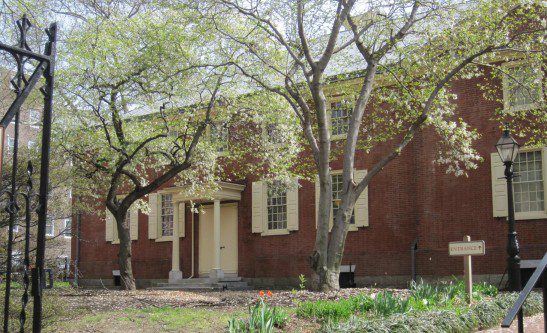 The meeting room inside looks like a church hall, except that it doesn’t have a pulpit, or for that matter, a minister. A Quaker service consists of all the members sitting together in silence for an hour, except that if any member feels they’ve received an inward revelation of God’s will, they can stand up and speak it at any time.

Besides religious liberty, Quakers have been pioneers in abolishing slavery, in prison reform, and in equality for women and GLBT people. (That said, there are also conservative Quaker denominations that are more like evangelical Christians, and whose views on same-sex marriage and other issues are far less enlightened. Needless to say, the FBB isn’t supporting any of their charities.)

As opposed to the accommodationists who claim that we can only cooperate with religious people if we totally cease criticizing them, the Foundation’s choice points to an obvious alternative: we can work together with religious groups in areas where we find common ground, without surrendering our right to disagree with them on other subjects. But promoting peace in the world, I would hope, isn’t a controversial goal, and it should be one where atheists and theists alike can work together to build bridges.

If there’s any religious denomination whose work deserves the support of freethinkers, it’s the Quakers. That’s why I support the Foundation’s choice. I split my monthly donation four ways, and this quarter, one-fourth of it is going to them. Of course, the great virtue of the Foundation Beyond Belief is that members choose how their money is allocated, so if you disagree, you can shift your donation to other charities. But why pass up a chance to prove that we can work together with theists if the cause is just?

July 2, 2010
The Case for a Creator: The Radical Fringe
Next Post

July 4, 2010 Words Worth Reading
Recent Comments
0 | Leave a Comment
Browse Our Archives
get the latest from
Daylight Atheism
Sign up for our newsletter
POPULAR AT PATHEOS Nonreligious
1