The Guardians of Tone 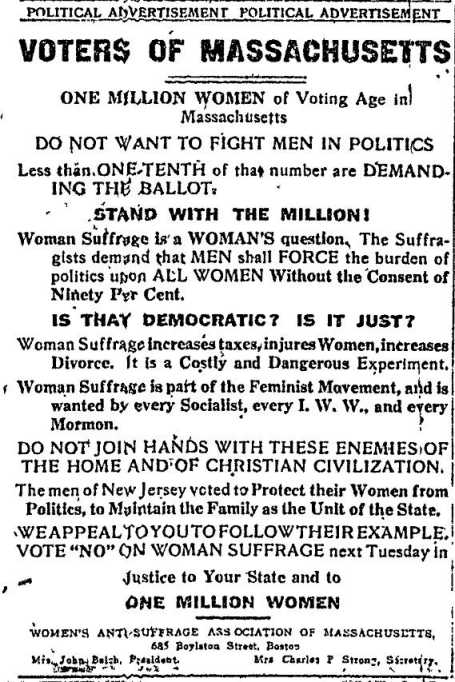 I was tipped off to this excellent essay by a reader (thanks, bbk, even if it was unintentional!) and since it got buried in the comments on the other thread, I wanted to call special attention to it. It’s about the virtues of anger, specifically with reference to the feminist movement, but it contains some valuable lessons that are applicable to atheism and other progressive social causes as well.

The one thing that absolutely terrifies a prejudiced majority is anger, no matter how righteous or how justified, from any oppressed or marginalized group. That’s why any member of such a group who does express anger for any reason whatsoever will immediately be tarred with the standard, well-worn insults used to belittle and dismiss the speaker’s concerns and equate their passion for justice to irrational insanity.

We should all be familiar with these labels by now. Feminists are crazed man-haters; atheists are rude venom-spewers who want to tear down the harmless beliefs that give people comfort; gays and lesbians are perverts and sex fiends; and heaven help you if you’re a black person running for office who dares to suggest that maybe the treatment black people receive is somewhat less than fully equal. That’s why Barack Obama only won the presidency by being one of the coolest and most conciliatory presidents in American history, and even so, the right-wing noise machine still writes attack books with titles like The Roots of Obama’s Rage. (When a black person with some connection to Obama did express anger at something, the soundbites, predictably stripped of context, circulated in the media for weeks.)

The guardians of tone always stand ready to demonize any member of a minority who displays anger or passion, no matter how well-founded it is in actual, ongoing injustices. The only way to avoid their slanders is to bend over backwards to be mild and inoffensive, not rock the boat, and not make the majority in any way uncomfortable. You’ll get bonus points if you’re a member of the group in question who’s willing to affirm popular prejudices and piously wag your finger at activists for being too zealous or “extremist” – Fox News and the Templeton Foundation, to name two, will richly reward their useful pawns. Religious apologists, also, will fulsomely praise atheists who publicly wish they were believers.

The reason why they do this is obvious: because a movement led by its least ambitious, most conciliatory members isn’t going to get anything done. The guardians of tone are really the guardians of popular prejudice, concern-trolling for all they’re worth in an effort to prevent us from making anything more than cosmetic changes. They counsel us to be meek, to be mild, to be small and bland and inoffensive, because that makes it much easier to ignore us altogether. Suzanne Moore’s essay argues that feminism has, in part, fallen victim to this:

Nowadays, saying bad stuff about men is not how feminism conducts itself. We all lurve men. We are all smiley for fear of being labelled man-haters. And what is the result of this people-pleasing, ultra-feminine, crowd-sourced sexual politics? Sod all. Reasonably sitting around waiting for equality while empowering oneself with some silicone implants does not really seem to have worked wonders, does it ladeez?

Conversely, the way to rouse large numbers of people into action is to get them angry, to make them aware of the evils that are being committed against them or in their name. Anger motivates people, and when properly directed and focused, it makes them unignorable. The guardians of tone know this, which is why they try to belittle and disperse it. A reform movement lacking any tangible sense of anger at the injustice it’s trying to end is like a person without a circulatory system. Of course, those who most visibly embody that progressive anger come in for the most demonization:

God, how I miss those troublesome women like Andrea Dworkin and Shulamith Firestone. They may have been batty as hell but they had passion. And balls. They were properly furious at the horrible things men do to women. Who in their right mind, male or female, isn’t?

And possibly my favorite line from the whole essay:

We need fire in our belly for this fight, not a bleedin’ gastric bypass.

This doesn’t mean that a successful progressive movement has no room for diplomats, or for other “polite and smiley” advocates. On the contrary, we need people who can represent us to the existing power brokers. But diplomats by themselves are like people stranded on a melting ice floe, negotiating for a few extra moments of footing. They offer no reason to change the status quo. When diplomats are backed up by a passionate, angry and motivated crowd tugging furiously on the far end of the Overton window – that’s a combination that can achieve a lot. Diplomats of any stripe are far more effective when they can credibly claim that, if you won’t deal with them, the alternative is unleashing the dogs of war.

That’s why, when it’s justified by outrageous unfairness, we atheists and progressive activists should get angry – in a focused way, at the people who are responsible – and ignore the squawks of the guardians of tone and their well-paid pawns. They only want to silence us, and we don’t answer to them. And if we follow this advice and let our passion guide us, the day will soon come when these officious cultural enforcers will be cast down for good.

January 29, 2011 Doubting the Bible on a Christian Forum
Recent Comments
0 | Leave a Comment
"Are you kidding? Ruth Bader Ginsberg died. The Americans are all going berserk with many ..."
Pam Open Thread: Disheartened
""in god we trust" bombarding american minds on american money, dumming down the masses to ..."
s clark Open Thread: Disheartened
"How did we let these evil people amass so much power?They don't think they are ..."
Flex Open Thread: Disheartened
"Who can provide good evidence that he even existed?"
Len simon America’s Ugly Flaw
Browse Our Archives
get the latest from
Daylight Atheism
Sign up for our newsletter
POPULAR AT PATHEOS Nonreligious
1