So, I feel a bit embarrassed about this, since I’m a computer guy in my day job and all. But my home machine is experiencing a very annoying problem that’s got me stumped, and I was hoping that the Internet, being the source of all human knowledge, can offer me some advice. I know I have some technically inclined readers who might be able to make suggestions.

I have a Dell Studio 540 desktop running Windows 7, and recently, it’s started randomly freezing. I don’t mean a blue screen of death. The screen freezes exactly as it is, the keyboard and mouse stop responding, and if music or video is playing at that instant, my speaker begins emitting the last half-second or so of sound in an endless loop. The only thing I can do is power-cycle it. The Windows 7 Reliability Monitor doesn’t have any log entries for the crashes afterward, so I’m assuming the freeze is so hard that even the operating system doesn’t have a chance to realize what’s happened.

There’s no pattern of any kind that I can discern in what causes this. It’s happened when I’m watching videos or surfing the web, but it’s also happened while I was asleep and the computer was idle. Sometimes it happens within a few minutes of booting up, sometimes it runs without a problem all day and then freezes.

I got this computer last year and used it for nine or ten months without any problems. This first started happening earlier this year. At the time I suspected a driver conflict, so I went into the Control Panel and found exactly one driver that was reporting a problem (the “Teredo Tunneling Pseudo-Interface”, which according to a cursory search is associated with IPv6). I disabled it, and the problem went away for several months, so I thought for sure I had solved it and spent some time feeling smug. Now, within the last few days, it’s started happening again, and that driver is still disabled.

The day after it started happening again, I did a system restore to the last restore point, about a week prior. That didn’t make a difference. I downloaded a system monitor utility, but I haven’t seen any spikes in CPU or hard driver temperature associated with the freezing. I’ve done a clean boot, disabling all non-Microsoft services, as described in this link, but that didn’t put a stop to it either. I’ve also considered that the computer may be infected with some sort of malware, but I use a firewall, I keep my patches up to date, I don’t see any unusual processes in the Task Manager or any other odd behavior besides the freezing, and just the other day, I ran full scans with four different malware detectors, including one designed to detect rootkits, and they all came up clean.

So, I’m pretty much out of ideas at this point. I have only one solid clue to go on, which is that I’ve never observed the freeze to happen when I’m running in safe mode. This makes me suspect that my first instinct was right and it really is a driver problem, but I don’t know how I can test that hypothesis. Anyone have any ideas? I have nothing to offer except my sincere gratitude and the knowledge that my blogging output is likely to improve if I don’t have to spend the time debugging this damn thing!

July 20, 2011 Ireland Versus the Vatican, Continued
Recent Comments
0 | Leave a Comment
"See John Zande's "The Owner of All Infernal Names", available on Amazon (Satan incarnate right ..."
basenjibrian Why Would God Drown Children?
"“...including children”😢"
Juniper When Religious Rituals Turn Deadly
"I read the Wikipedia article 'Stampede', and it mentioned academic experts opposing this particular use ..."
J-D When Religious Rituals Turn Deadly
"It's not surprising that people are interested in the question. It is interesting, in a ..."
J-D Why Would God Drown Children?
Browse Our Archives
get the latest from
Daylight Atheism
Sign up for our newsletter
POPULAR AT PATHEOS Nonreligious
1 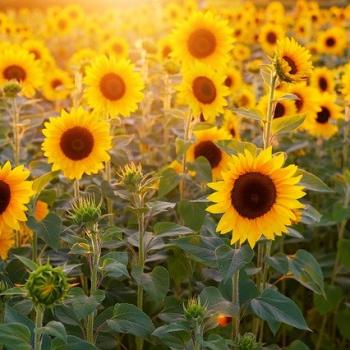