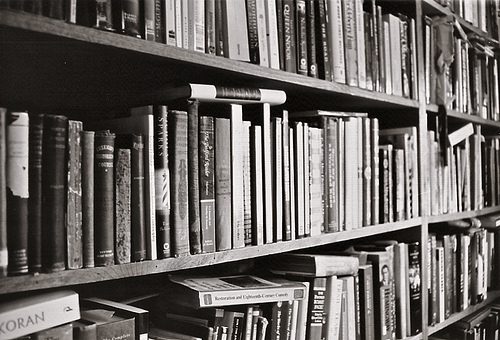 In my previous post, I discussed how the invention of government led to a major reduction in the level of violence in human civilization, as compared to the constant battles of tribal societies. But while democracy, laws and police forces can account for most of the decline, they can’t account for all of it. To get to the extraordinarily low levels of violence seen in most developed nations today, we need to invoke other cultural forces that tilt the balance toward peace. In Better Angels, Steven Pinker identifies several important ones:

Pinker’s first violence-reducing cultural innovation is the theory of “gentle commerce” [p.77], a term coined by the Enlightenment economist Samuel Ricard. His argument is simple but profound: in an economy with a fixed amount of wealth, the only way you can get richer is by taking your neighbor’s stuff, which creates incentives for theft, kleptocratic dictatorship and wars of imperialism and conquest. But in an economy that’s based on innovation and specialization, you can enrich yourself through mutually beneficial trade. And if trading with my neighbor makes us both wealthier, I have an incentive to get along with him.

As obvious as this reasoning seems in retrospect, it wasn’t always accepted in the Western world. In the religious-feudal societies of the Middle Ages, the economy was based on farming, which meant the basis of wealth was land (which is, as real-estate agents say, the one thing they’re not making more of), and theocratic rulers were openly hostile to innovation. It’s fascinating to contrast their attitudes with the ultra-libertarian, laissez-faire beliefs common among Christians today:

The [medieval] Christian attitude toward commerce… held that money was evil, that according to St. Augustine “Business is in itself an evil,” that profit beyond a minimum necessary to support the dealer was avarice, that to make money out of money by charging interest on a loan was the sin of usury, that buying goods wholesale and selling them unchanged at a higher retail price was immoral and condemned by canon law, that, in short, St. Jerome’s dictum was final: “A man who is a merchant can seldom if ever please God.” [p.75]

Of course, gentle commerce and good government go together. To create the conditions where trade can thrive and monopolies won’t dominate, you need a stable, lawful, well-organized society, especially one that invests in public goods like roads and standardized currency. At the same time, by making peaceful trading a workable way of earning a living, capitalism makes the Leviathan’s job easier by reducing the incentives for violence and crime. Thus, these two factors can work in a positive feedback loop, a so-called Civilizing Process, that’s abated the anarchy of zero-sum competition.

The Civilizing Process works across borders as well. While globalization is often, and not unfairly, derided for encouraging race-to-the-bottom labor conditions and exploitation of the planet’s poorest, the increase in international trade does seem to be a factor in the generally peaceful global era that’s prevailed since World War II. An analysis of 120 years of historical data by the political scientists Bruce Russett and John Oneal found that, with all else being equal, not only do democracies fight less often, nations that trade with each other fight less often, and the more they trade, the less likely they are to go to war [p.287]. Intuitively, this makes sense: economies that are dependent on trade with each other have much more to lose from conflict even if they’re militarily victorious.

The boundaries of the historical period called the Enlightenment are fuzzy, but an argument could be made that it began with Johannes Gutenberg’s invention of the printing press in the 1400s. The Gutenberg press was a revolution: for the first time in human history, books weren’t rare and expensive treasures, but could be produced for the mass market. By the 1500s, there were millions of books and tracts in print throughout Europe, producing a jump in literacy rates and turning authors like Martin Luther and Erasmus into bestsellers. But Steven Pinker makes a case that, in addition to its other benefits, the printing press was one of the best inventions we’ve ever come up with for promoting peace.

Before the printing revolution, social mobility was low and people’s moral horizons were tightly circumscribed. They were “confined to the small worlds of family, village and tribe” [p.640], rarely if ever exposed to cultures or ways of living that were significantly different than their own. From this provincial and limited viewpoint, it was much easier to think of one’s own culture not as the contingent product of one time and place, but the immutable natural order of things, and of foreigners and strangers as alien or subhuman.

But widespread literacy, coupled with the mass availability of books, for the first time in human history made it easy to imagine life from a very different perspective. It’s not just nonfiction and biographies, but even novels that have this effect: psychological experiments show that hearing fictional stories of drug addicts or AIDS sufferers, for example, makes respondents more sympathetic to people in those positions, as measured by their opinions on questionnaires before and subsequently. Even hearing the fictional story of a convicted criminal increased support for prison reform by a small but detectable amount. Intriguingly, most studies show a “sleeper effect” – the greatest shift in people’s sympathies is seen not when they first encounter a new and unfamiliar viewpoint, but some days later [p.588]. (Atheism+ proponents, take note!)

These experiments confirm what we’ve long suspected about the power of great writing to change minds and stir up compassion. As Pinker puts it, literature is an “empathy expander” [p.589], pushing the boundaries of people’s consciences outwards, encouraging them to identify with people and groups they previously dismissed or despised. (He quotes the memorable passage from Mark Twain where Huckleberry Finn agonizes over whether to turn in his friend, the escaped slave Jim.) The explosion of reading and writing that happened during the Enlightenment, therefore, likely contributed to a society-wide increase in humanitarianism and an increasing recognition of the universal humanity of people from every station in life, the repercussions of which are still going on today.

September 12, 2012 Doesn't This Place Have Standards?
Recent Comments
0 | Leave a Comment
">That's why Isaac Asimov was unwilling to write for Hollywood. He was concerned that his ..."
hrurahaalm The Fountainhead: Holy of Holies
"Into the Abyss is still locked to non-patrons; I didn't realize you hadn't switched to ..."
Beroli Commonwealth, III.XVII: Project Chicxulub
"Hi, Nitin, thanks for upvoting me and reminding me of this review of the Charlie-Foxtrot ..."
Raging Bee The Fountainhead: The Jewish Eugenicist
"More or less Marvin Harris's explanation in Cows, Pigs, War, Witches."
TBP100 The Fountainhead: Wool and Linen
Browse Our Archives
get the latest from
Nonreligious
Sign up for our newsletter
POPULAR AT PATHEOS Nonreligious
1