Here’s where I’m planning to be in the next few months. If you’re going to be in one of these places at the same time and are interested in meeting up, let me know!

• Coming up soon, I’m going to Washington, D.C. on February 17, for the Sierra Club’s Forward on Climate Rally. The rally itself is on Sunday, but I’ll be in town most of that weekend.

• I haven’t made a definite decision yet, but I’m considering going to the American Atheists’ 50th anniversary convention in Austin, Texas the weekend of March 30. Anyone care to sway me one way or the other?

• The weekend of May 19, I’ll be back in Washington, D.C. for Women in Secularism 2, a really fantastic-looking conference that I wouldn’t miss for the world.

• From June 20 to 23, I’ll be in San Jose for Netroots Nation. If fortune is favorable, I may even be on a panel! More details on that one as it develops.

What conferences are you folks going to attend this year?

January 27, 2013
Should I Cash a Christian Charity's Check?
Next Post 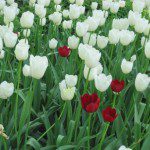