How Influential Is the Religious Right?

How Influential Is the Religious Right? February 4, 2013 Adam Lee

My latest column on Alternet, about the failed predictions of the religious right, has gotten a reply from a writer calling himself suburbXn who identifies himself as a liberal Christian, and who thinks I’m vastly exaggerating the influence of the people whose prophecies I cited:

You can find extremists and crazies behind ANY belief who will take things to the edge. But please don’t write off millions of Christians because of a few extremists, not even if you still disagree with those millions.

SuburbXn objects to many of the people I chose to cite in my article as examples of failed prophets, characterizing them as unrepresentative “wackos and nobodies”. Let’s review some of the names he took issue with to see how that claim holds up:

Though his star has dimmed now (having since been replaced by newer authors, like Tim LaHaye, making essentially the same predictions), Lindsay was a major best-seller in the 1970s and 1980s. His books The Late Great Planet Earth and The 1980s: Countdown to Armageddon were on the New York Times bestseller lists for months.

As mentioned in my article, Whisenant’s book 88 Reasons Why the Rapture Could Be in 1988 was so popular that the Trinity Broadcasting Network suspended regular programming on Rosh Hashanah of that year, his predicted date for the Rapture, to run a prerecorded tape with instructions for those who’d been left behind.

Until his prophetic misfire and retirement, Harold Camping was the president and co-founder of Family Radio, a Christian broadcasting network which has existed since the 1960s and consists of dozens of FM, AM and satellite radio stations across the United States, plus two television channels and several international radio stations, and an annual budget somewhere north of $100 million. Wacko? Yes. Nobody? No.

As I noted in my article, Pam Olsen was a co-chair of Rick Perry’s presidential campaign. She’s also the head of the Tallahassee branch of the International House of Prayer, an evangelical megachurch with total membership in excess of 2,000 that runs a Bible college in Grandview, Missouri. Does this sound like the description of an inconsequential person of no stature?

SuburbXn grudgingly acknowledges Pat Robertson’s existence, but dismisses him as a has-been (“I honestly don’t know anyone who gives him any credence whatsoever”) – which is absurd on its face, considering that Robertson is the chancellor of the right-wing Regent University and head of the multinational Christian Broadcasting Network, with a personal net worth estimated in the hundreds of millions.

What I find more interesting is that he didn’t mention several religious right figures of significantly greater prominence whom I cited, including Rick Santorum (former senator, presidential candidate), James Dobson (called “the nation’s most influential evangelical leader” by Time), and Dobson’s former group, Focus on the Family. I wonder what the reason for this omission could be.

Now, I freely admit that to compile my list of failed prophecies, I chose people of varying degrees of influence and prominence. Partly, this was just a matter of picking the ones who made statements that best supported my thesis. But it also serves the larger purpose of demonstrating that these views are pervasive among the American religious right, and are not just the rantings of a few isolated nutjobs. (I could, for example, have written an entire article just critiquing the abundant examples of Pat Robertson’s blown calls. I didn’t do that because I wanted to make a broader point.)

If I may be candid, I think suburbXn is judging the prominence of these people by whether he personally has heard of them or follows them. Obviously, that’s a highly subjective test. But it’s also a common tendency among liberal and moderate Christians, who don’t want to face up to the extent to which virulent, hard-right-wing fundamentalism has captured Christianity as a whole. suburbXn sums this tendency up very well:

In your article, you state that “The religious right as a movement thrives on fear, because it depends on the unthinking obedience of its followers, and fearful people are far easier to shepherd and control.” Sorry, I don’t mean to be contrary, but this is just wrong. I know, because I’ve been there. I know and love these people. I grew up with these people. And it’s just not true. There is not some DaVinci Code-type counsel that gathers up the lead pastors and decides how they’re going to mind-control their flocks.

Setting aside the ridiculous strawman about a “DaVinci Code-type” council, my article was based on an observation, namely that religious teachings which inspire fear – fire-and-brimstone sermons, predictions of the imminent doomsday, shrill warnings about how jackbooted gay hordes are on the march and President Obama is about to force Christians into concentration camps – are far more popular and successful than those that don’t. For instance, in my 2008 post on Carlton Pearson, the Pentecostal-turned-universalist preacher, I cited one of Pearson’s associate pastors who admitted that “teachings about eternal torment and the Rapture did far more to fill the pews than teaching about love and forgiveness ever will.”

If you want to rail against the immoral, authoritarian teachings of the religious right, fine. If you want to point out the many Bible verses they’re ignoring, I’m OK with that as well. But don’t claim that these views are isolated, uninfluential, or the beliefs of a few fringe wingnuts. These are the mainstream views of American Christianity and have been for some time. It will do no good, either for liberal Christians or for the progressive causes they value, to refuse to face up to that. 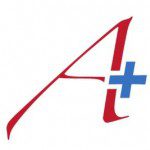 February 3, 2013
In Support of Feminism and Diversity: Atheists Speak Out
Next Post

February 6, 2013 Why I'm Not a Gun Owner
Recent Comments
0 | Leave a Comment
Browse Our Archives
get the latest from
Daylight Atheism
Sign up for our newsletter
POPULAR AT PATHEOS Nonreligious
1