My Thoughts on the Civility Pledge

My Thoughts on the Civility Pledge February 16, 2013 Adam Lee 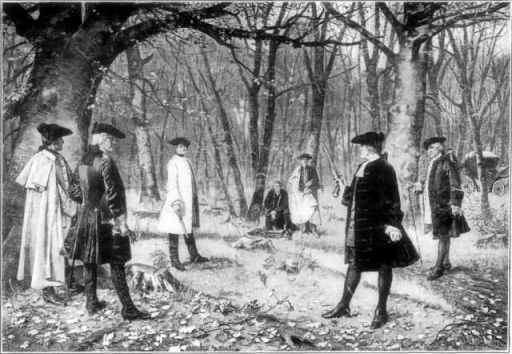 My Patheos colleague Dan Fincke has proposed a civility pledge for people engaged in public discussion.

I think his motivations are good, and most of the pledge is fine. I completely agree with his points about using specific charges rather than abusive epithets, about recognizing that members of marginalized groups may have experiences which I lack, and about refraining from slurs based on ethnicity, gender or sexuality. I also particularly like his point about the difference between safe spaces and debate spaces and the important functions that each kind serves, which is a valuable distinction that more people could stand to recognize.

However, I can’t sign the pledge as it’s currently written. There are three points I have serious reservations about:

3. I commit that I will always focus first on the merits of other people’s arguments and not disparage them personally for asking unpleasant questions, taking unpleasant positions, or simply disagreeing with me.

This point says that if I take this pledge, I’m committing to not disparage anyone personally, even if they say something that’s patently racist, sexist, or otherwise deeply bigoted and offensive.

I don’t know what definition of “disparage” Dan has in mind, but I won’t pretend that every debate I engage in is merely a dispassionate exchange of ideas. Some are, but not all. I’ll gladly debate any idea in the abstract with people who demonstrate their good faith and mutual respect, but I don’t tolerate serious arguments in favor of hurtful bigotry and prejudice, and I have no problem saying that people who engage in that behavior are ethically deficient.

For instance, when a convicted neo-Nazi pedophile wrote to me trying to befriend me, I had absolutely no problem calling him the worthless and wretched human being he was and is. I believe that ideas so repugnant merit such a response, in order to send a strong message that people who hold those ideas have no place in an ethical and civilized community.

9. I commit that I will apologize when I hurt others’ feelings, even when I do so unintentionally and even when I do not think their hurt feelings are justified.

I have a major problem with this point. If I read it right, it’s saying that if someone claims their feelings were hurt by something I said, I’m obligated to apologize to them, regardless of my belief as to the validity or reasonableness of my statements.

As we all know, claiming personal offense when confronted by arguments that merely attack their beliefs, not their character, is a pervasive tactic of religious believers. This part of the pledge, I believe, amounts to rewarding this behavior. It would be impossible to argue against a thin-skinned believer if they could demand a personal apology from me every time I made a statement critical of their ideas.

11. I commit that I will not make accusations of guilt by association.

I have serious objections to this. This point implies that it’s forbidden to criticize someone for their choice of commmunity, no matter how odious the behavior of that community may be. I see no reason to commit to this. What this pledge calls “guilt by association”, I call a recognition of the fact that bigotry of all kinds is heavily dependent on the perception of social sanction.

As we’ve found out over the past year, there are some members of the skeptical community who don’t post violent threats or obscene taunts themselves, but who associate with, befriend and condone those who do, and who refuse to condemn or disavow that behavior when requested. Should I draw no lessons from this? Should I treat it as revealing nothing about their character? Should I treat a person’s choice of friends and associates as sacrosanct and above criticism? That I will not do. The only effective way to stop bigotry like this is to withdraw social sanction: to send a message that it’s not welcome, not approved of, and that those who persist in this behavior, or those who condone it, should expect to be ostracized by people of conscience. Again, this stems from the fact that not every debate is a dispassionate exchange of ideas, that some arguments have serious real-world consequences, and that it’s OK to behave in a way that recognizes this. 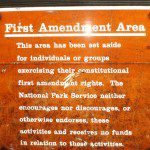 February 18, 2013 Scattered Thoughts from the #ForwardOnClimate Rally
Browse Our Archives
get the latest updates from
Daylight Atheism
and the Patheos
Nonreligious
Channel
POPULAR AT PATHEOS Nonreligious
1